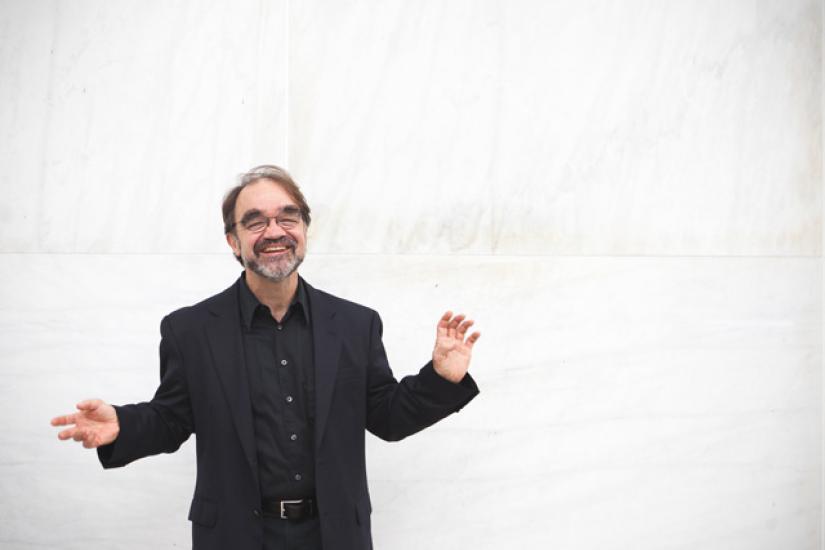 John Sutherland Earle performs a recital of piano music evoking themes of place, nature, and emotional states.  The program begins with Ives' earthy, nostalgic imagining of 19th century Concord, Massachusetts, in particular the home of the Alcotts, with references to Beethoven 5th symphony played by one of the sisters on a spinet piano.  The program’s centerpiece is one of Beethoven's most fiery, impassioned creations:  the Appassionata Sonata.  The pieces on the second half of the program evoke water - in one case combined with air to form mist in a piece by Janacek, in a second reflecting images of sky and nature through swirls and ripples in an impressionistic work of Debussy.  The final piece describes a journey walking from land on the Italian mainland across the treacherous Strait of Messina to Sicily, a miracle by Saint Francis of Paola depicted in a Legend by Liszt.

John studied piano, accompanying, and chamber music at the Oberlin Conservatory, Stanford University, and the Vienna Hochschule fűr Musik.  A National Merit and Fulbright Scholar as well as prizewinner at the Pacific International, Carmel Music Society, and Palo Alto Symphony Competitions. John is a member and frequent performer with the IBIS Chamber Music Society, and he also performs regularly in the DC area with the Rock Creek Chamber Players, Washington Metropolitan Philharmonic Association, Friday Morning Music Club, members of the US Army Orchestra, and at the Emerson Avenue Salons.  He has also performed as soloist and chamber musician in more than a dozen states of the US, several countries of Europe, and in Russia and Japan.

One of John's specialties is a "curated concert," an informal lecture-recital including discussions of historical context and compositional style, with the goal not of teaching musicology but of helping modern listeners to hear and understand music as if they were contemporaries, even friends, of the composers.

In a parallel life, John teaches at George Mason University's School of Policy, Government, and International Affairs, and he is one of the founders of CEU’s Department of Economics, where he has taught courses and directed both the Department and the PhD Program.  He is the author of four books and more than 50 articles published in top journals in economics, political science, and management.