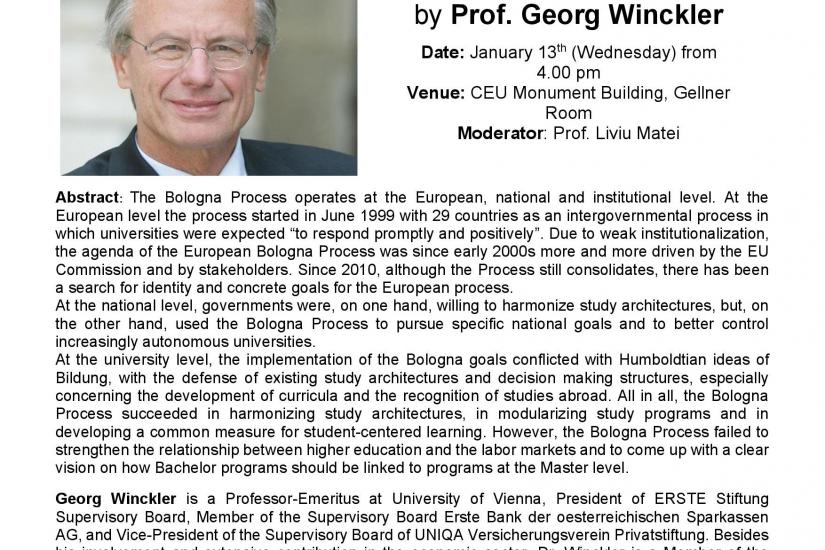 Abstract: The Bologna Process operates at the European, national and institutional level. At the European level the process started in June 1999 with 29 countries as an intergovernmental process in which universities were expected “to respond promptly and positively”. Due to weak institutionalization, the agenda of the European Bologna Process was since early 2000s more and more driven by the EU Commission and by stakeholders. Since 2010, although the Process still consolidates, there has been a search for identity and concrete goals for the European process. At the national level, governments were, on one hand, willing to harmonize study architectures, but, on the other hand, used the Bologna Process to pursue specific national goals and to better control increasingly autonomous universities. At the university level, the implementation of the Bologna goals conflicted with Humboldtian ideas of Bildung, with the defense of existing study architectures and decision making structures, especially concerning the development of curricula and the recognition of studies abroad. All in all, the Bologna Process succeeded in harmonizing study architectures, in modularizing study programs and in developing a common measure for student-centered learning. However, the Bologna Process failed to strengthen the relationship between higher education and the labor markets and to come up with a clear vision on how Bachelor programs should be linked to programs at the Master level.