The Visual Politics of Gesture: Civilian Victims and the Imagery of the Spanish Civil War 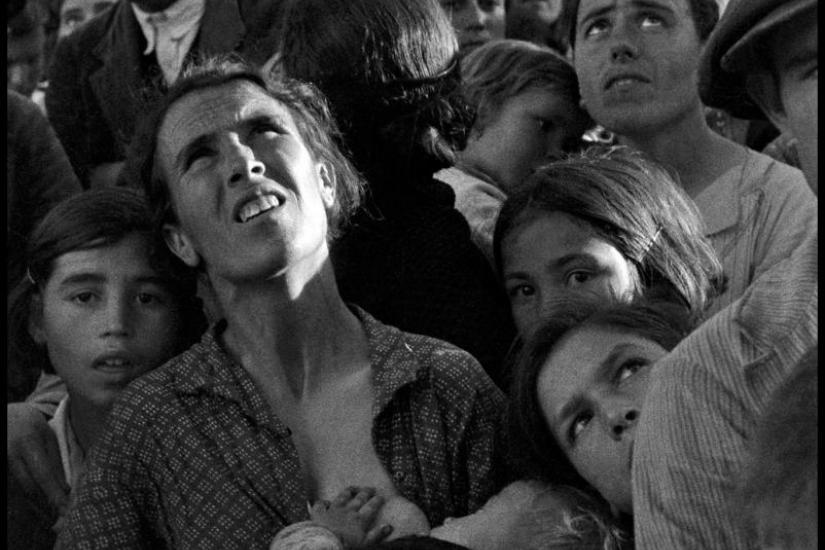 The Visual Politics of Gesture

Civilian Victims and the Imagery of the Spanish Civil War

Aerial photography of the bombings, which came into the illustrated press at the end of World War I, quickly entered the global visual vocabulary of war. During the Spanish Civil War, this perspective was systematically challenged by a number of internationally renowned journalists, photographers, and intellectuals, such as Robert Capa, Joris Ivens, and Ernest Hemingway, who were actively engaged with shaping the international anti-Fascist public opinion. To achieve this, they focused on civilians as primary war casualties, who had become obscured by the concept of “total war”, which abolished differentiation between combatants and civilians. The presentation explores two photographs of civilian victims made during the Spanish Civil War. The talk focuses on David Seymour’s (‘Chim’) photograph “Land reform meeting at Badajoz” and an anonymous photograph of the anarchist leader Buenaventura Durruti’s funeral, both from 1936. These images underwent radical re-signification, becoming icons that conveyed the suffering of women and children under the bombs. The transformation obscured the original politics of gesture, at the same time revealing powerful mechanisms of visual meaning-making. These case studies allow us to reflect on the evolving vocabulary for representing war violence, the role of visual imagery, and especially photography, in fostering political engagement in wartime and, more broadly, on the role of visuality in social-historical transformations.

Sonia García López holds a Ph.D in Cinema Studies from Universitat de València. She is currently a lecturer at Carlos III University of Madrid, and a member of the research group TECMERIN (Television-Cinema: Memory, Representation, and Industry). García López has been invited to give lectures by the University of Cambridge (UK), the University of Salamanca (Spain), Complutense University of Madrid (Spain), University of Guadalajara (Mexico), and the University of La Sorbonne-Paris IV, among others. She authored the books Spain is US. La guerra civil española en el cine del Popular Front (1936-1939) [2013], and Ser o no ser. Ernst Lubitsch [2005], and co-edited the collection of essays Piedra, papel y tijera: el collage en el cine documental [2009]. A member of the Editorial Board of Kamchatka. Revista de análisis cultural (University of Valencia, Spain), she has contributed to a number of academic journals, such as Archivos de la Filmoteca, Catalan Journal of Communication and Cultural Studies, and L'Âge d'Or. Image dans le monde ibérique et ibéroaméricain. Her main interests as a researcher include the relationships between film and history, avant-garde, and documentary film.