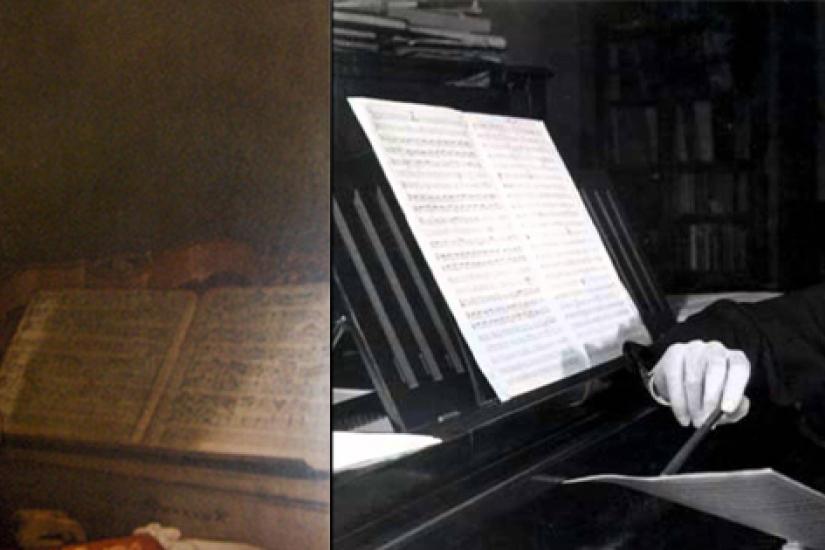 A Kossuth Prize and an Oscar are just two of the awards collected by world-famous Hungarian folk singer Márta Sebestyén. Singing in 30 languages, Sebestyén has bridged vast cultural and geographical divides to win plaudits all over the world in the last 40 years. In this unique collaboration with the indisputable master of cimbalom Kálmán Balogh and the Greek virtuoso of kanun and composer, Sofia Labropoulou, the folk music of Hungary comes together with related traditions from Greece, the Balkans, Turkey and even more! No wonder why, Márta Sebestyén has been named UNESCO Artist for Peace for «her efforts to strengthen, through music, the dialogue among cultures, as well as mutual knowledge and understanding between peoples, the core ideals and aims of the Organisation».

MARTA SEBESTYEN
Márta Sebestyén grew up surrounded with music. Her mother was one of the last students of the great Hungarian composer, researcher and ethnomusicologist Zoltán Kodály. She has given and is still giving concerts all over the world both as a solo artist and also as a guest performer with several Hungarian and international folk groups. Marta sang for H.M. Queen Elisabeth II., the Japanese Emperor and the Spanish Royal Family in diplomatic events. Since 1974, she has been awarded with many awards, both in her country and abroad. Her collaboration with Deep Forest gave her a Grammy Award in 1996 at the World Music Category and she was the Voice of «The English Patient» which was awarded with 9 Oscars also for the music in 1997. She has also recorded with Peter Gabriel and has been discovered by audiences from various fields of music. Apart from her contribution in music, Márta Sebestyén has also been honored for her contribution on spreading the tradition of Hungary. She is Legal Member of the Hungarian Arts Academy and she has been declared as Ambassadress of Hungarian Culture. In October 2010, Márta Sebestyén awarded as «Artist for Peace» by UNESCO.

KALMAN BALOGH
Kálmán Balogh is one of the foremost cimbalom players in the world, descending from a famous dynasty of Hungarian Gypsy musicians. His virtuosity is matched only by his understanding and respect of his heritage. A graduate of Ferenc Liszt Academy of Music of Budapest, he has completed many successful tours throughout the world with various ensembles. In 1985 he was awarded the Hungarian distinction of «Young Master of Folk Arts», and two years later he won second prize in the Aladár Rácz cimbalom-competition. He plays mostly authentic folk music from Hungary and from the Balkans, though during the last years he has played with jazz groups, rock bands and a symphony orchestra, too. As an artist he has performed with such Hungarian bands as Jánosi, Ökrös, Téka, Méta, Muzsikás, Zsarátnok, Vízöntő, Vasmalom, the Swedish Orient-Express, the Dutch Sultan and Ot Azoj, the English Transglobal Underground, the American Peter Ogi and the Joel Rubin Jewish Ensemble. He was musical director of the «Magneten Gypsy Show» of Andre Heller and also performed on a CD with the Budapest Festival Orchestra playing Brahms' Hungarian Dances. In 1997, he performed with the Brooklyn Philharmonic Orchestra and also with the Miami Philharmonic Orchestra.

SOFIA LABROPOULOU
Sofia Labropoulou is a kanun virtuoso and composer based in Budapest. She was awarded a diploma in Byzantine music (tutored by Spyros Pavlakis) and she studied piano (with Nelly Semitekolo and Eleni Zacharaki), classical percussion (with Kostas Vorisis and Kostas Thodorakos) and traditional percussion (with Vagelis Karipis) in Greece. She studied the Kanun in Istanbul next to leading exponents of the instrument such as Ahmet Meter and Hakan Gungor (technique of the instrument) and Omer Erdogdular and Necati Celik (Eastern theory-maqams). Along with her personal projects she has collaborated in various projects as a soloist with some of the most prominent contemporary and folk musicians, composers and ensembles in Europe, in the US and in New Zealand, such as Márta Sebestyén, Robyn Schulkowsky, John Psathas, Kalman Balogh, Dominique Vellard, Ballake Sissoko, Derya Turkan, Efren Lopez, Domna Samiou, Chronis Aidonidis, Mamak Khadem, Naziha Azzouz, Ross Daly, Giorgos Trandalidis, Vagelis Karipis, Orestis Karamanlis and Haris Labrakis.

Admission is free! However, please register to this concert by sending an email to cac@ceu.edu.