Will Kymlicka - Solidarity in Diverse Societies: Beyond Neoliberal Multiculturalism and Welfare Chauvinism 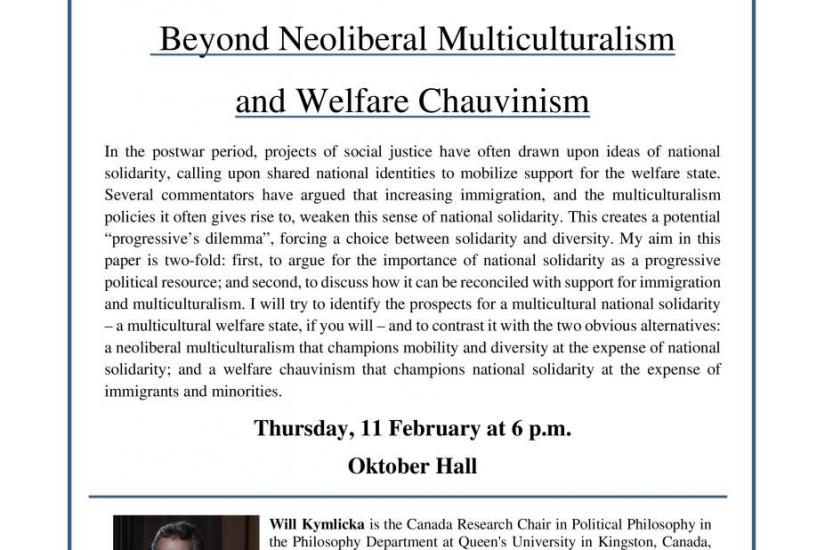 Solidarity in Diverse Societies: Beyond Neoliberal Multiculturalism and Welfare Chauvinism

Will Kymlicka is the Canada Research Chair in Political Philosophy in the Philosophy Department at Queen's University in Kingston, Canada, where he has taught since 1998. His research interests focus on issues of democracy and diversity, and in particular on models of citizenship and social justice within multicultural societies. He has published eight books and over 200 articles, which have been translated into 34 languages. He is the co-director, along with Keith Banting, of the Multiculturalism Policy Index project, which monitors the evolution of multiculturalism policies across the Western democracies. He is also a visiting lecturer at the CEU Nationalism Studies Program.