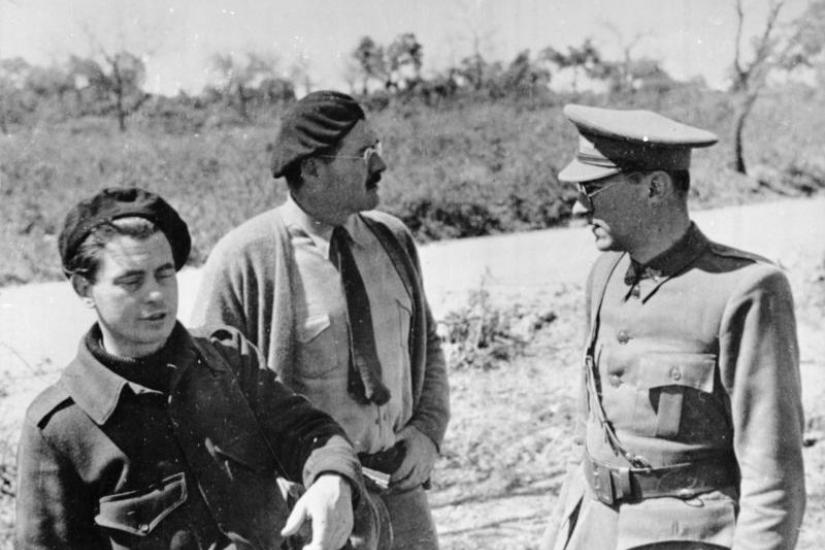 Film series in relation to the Mexican Suitcase Exhibition at the Galeria Centralis (Blinken OSA Archivum) in cooperation with the Embassy of Spain in Budapest and the Cervantes Institute.

The production company Contemporary Historians was set up to raise money for a documentary about the Spanish Civil War, filmed on the spot. With John Ferno and initially with John Dos Passos, who later left the crew and was replaced by Ernest Hemingway, Joris Ivens went to Fuenteduena, near Madrid, to film with the Republican armies at the front. It was to become one of the major films on the Spanish Civil War and one of the most important films in Ivens' career. As in many other films Ivens finds a balance between people's daily lives and their struggle to survive. The strong photography, mainly by John Ferno, combined with the decisive editing by Helen van Dongen and Ernest Hemingway's commentary, make the film's message universally powerful. In the first version the commentary was spoken by Orson Welles, but as a result of personal conflict with Hemingway, he withdrew from the project and Hemingway himself read the commentary.