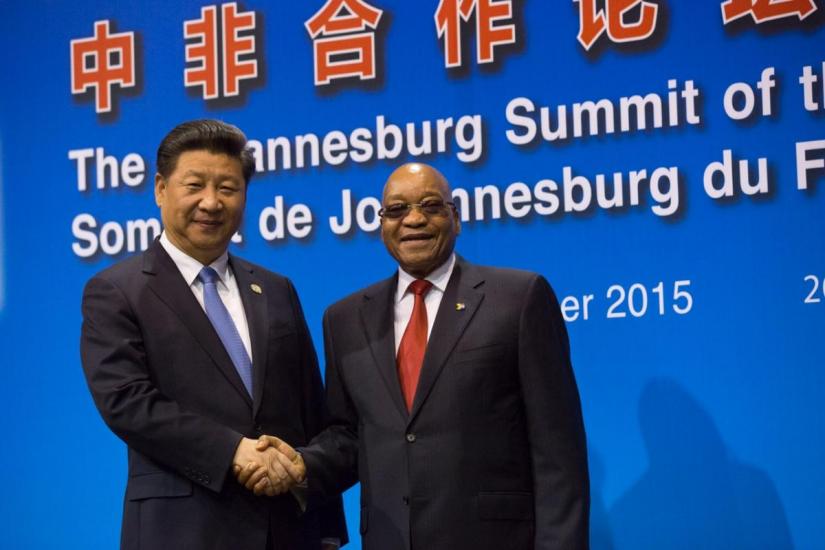 SPP cordially invites you to a panel discussion on

Africa features prominently in China's increasing role as an actor in global development, attaining new salience at the 6th Forum on China Africa Cooperation, Johannesburg, in December 2015. The changing Chinese role in the continent is a vitally important and increasingly consequential engagement today, but follows a longer history of meaningful connections.

This unique panel will bring together different perspectives on China's relations with Africa, and African relations with China, with particular focus on questions about the politics of development over time. It features different generations of leading analysts: a pioneer of the study of China-Africa relations, a foremost authority on current China Africa relations, and a leading emerging analyst and scholar on Africa-China today.

Professor Chris Alden teaches international relations at the London School of Economics and Political Science, and is a research associate at the Department of Political Sciences at the University of Pretoria. He previously taught at the University of the Witwatersrand from 1990-2000 and established the East Asia Project in 1992. He has contributed to the South African Institute of International Affairs and published extensively on China-Africa relations including China in Africa (2007), and China and Mozambique: from Comrades to Capitalists (Auckland Park: Fanele, 2014), co-edited with Sergio Chichava.

Zainab Usman is a co-convener of the Oxford University China-Africa Network (OUCAN). She is completing her doctorate in International Development at the University of Oxford. Her research assesses the political economy of reform in resource-rich countries in sub-Saharan Africa. Zainab has worked at the Economic Community of West African States (ECOWAS), International Crisis Group and has consulted for the World Economic Forum on Africa, Department for International Development (DfID) and Office of the Nigerian National Security Adviser (ONSA).

The discussion will be moderated by SPP Assistant Professor Daniel Large.