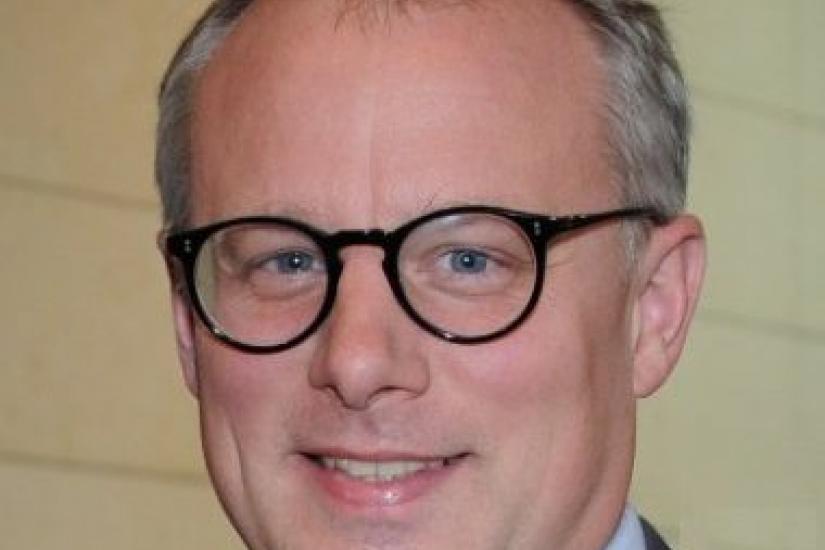 Since  2013, Ukraine has been going through a series of dramatic developments  which have changed the country fundamentally. Two years after the  Euromaidan and what some have called the ‘Revolution of Dignity,’ and two years into an armed conflict in the Eastern Donbas region, Ukraine has entered yet another ‘decisive year.’ On the one hand, an ambitious reform program is under way, and the support and commitment by the EU and the West to Ukraine is unprecedented. But, on the other hand, doubts remain among civil society and within the political sphere itself about the sincerity with which such reforms are undertaken – in particular in the cross-cutting areas of decentralization and anti-corruption. UNDP, as one of the longest-standing international organizations with a field presence in the country, has been refocusing its programs in Ukraine to meet the new challenges in terms of democratic governance reforms as well as recovery and peacebuilding in the East.

This lunch will allow SPP students to discuss Ukraine’s reform and stabilization efforts (as well as the ongoing conflict) with Dr. Marcus Brand, who heads UNDP’s democratic  governance unit in Kyiv. The Chatham House rule will apply. Dr. Brand  will also be available for questions with regard to UNDP as a potential employer.

The event is open to SPP students only. Please register for this event here.

Dr.  Marcus Brand, UNDP’s Democratic Governance Advisor in Ukraine, is leading strategic efforts to promote and support reforms, and to reposition UNDP as an effective contributor to a broader international effort of stabilizing Ukraine and consolidating democratic governance in the country. Before taking on this challenge, Marcus was a consultant with  UNDP’s Asia Pacific Regional Centre (APRC) in Bangkok where he served as lead advisor on Myanmar with regards to rule of law,  constitutionalism, and justice sector reform. He was also a visiting Lecturer, Fellowship of Open Society Europe – at the University of  Yangon. Prior to that, he served as senior constitutional advisor and policy specialist in UNDP’s Constitution Building Support  Program in Kathmandu, Nepal. In recent years, he has led or participated in democratic governance related missions to Tunisia,  Bangladesh, Bhutan, and Fiji. He has also worked at UNDP’s headquarters in New York, focusing on support to new and restored  democracies, and the linkages between human development and democratic  governance in Central Asia. Prior to his work with the United Nations,  Marcus worked for several years (1999-2006) with the Organization for Security and Cooperation in Europe (OSCE),  including as Special Advisor to the Director of the Office for Democratic Institutions and Human Rights (ODIHR) in Warsaw. For the ODIHR, he has served on a number of Election Observation and Assessment Missions. As an Advisor to the Head of Mission of the OSCE in Kosovo (1999-2000) he worked on the establishment of democratic institutions and elections in the post-war period.