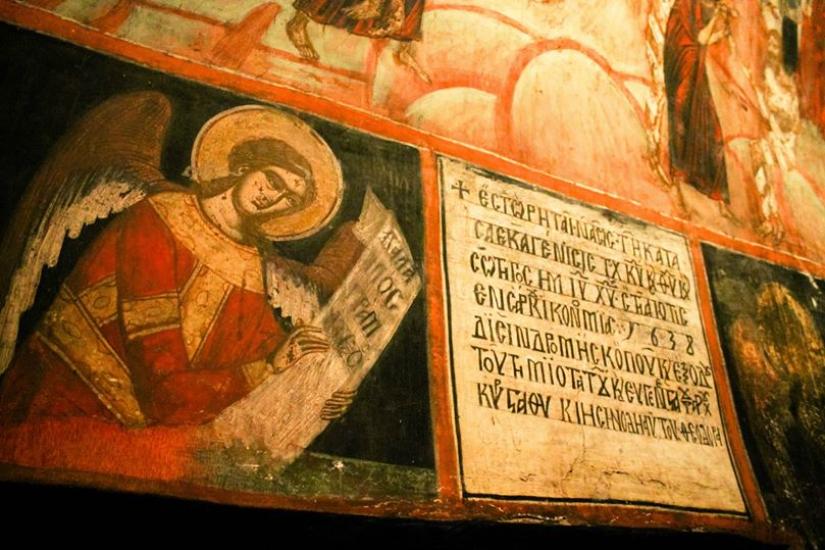 The lecture presents a village located at the very center of the Balkan Mountains focusing on its historical development and the current status of its cultural heritage. From the sixteenth through the nineteenth century Arbanassi was an Orthodox Christian settlement with an ethnically diverse population of Albanians, Greeks, Vlachs and Bulgarians. Certain aspects of the village’s history have attracted considerable attention by historians: their strong connection with various power centers within and beyond the Ottoman Empire, the dimensions of their commercial webs and involvement in the international trade, as well as their attachment to the Greek language and culture. Whereas most historical studies focus on the sixteenth and seventeenth centuries, I will argue that the village managed to sustain economic success until the mid-nineteenth century. Surviving cultural heritage of exceptional quality attest to this prosperity, including large “house-fortresses” and seven churches with beautiful frescoes.

Gergana Georgieva is Associate Professor at the Faculty of History, University of Veliko Turnovo. She completed her PhD in history at the Institute of Balkan Studies, Bulgarian Academy of Sciences (2006) and MA in Medieval Studies (CEU, 1998). She has held doctoral and post-doctoral fellowships at the Center of Advanced Studies (Berlin), New Europe College (Bucharest), Mellon Scholarship for East European Scholars at ARIT (Istanbul), ARCS fellowship in Istanbul; research trips in Ankara, Heidelberg, and London; conferences and workshops in Berlin, Princeton, Alcala de Henares, Skopje, Istanbul, Rethimno. Her research interests focus on the Ottoman Balkans, moving from heterodox Muslim communities and Muslim mystical orders to imperial government, provincial administration, and nineteenth-century urban history. Her recent publications include a chapter in Wealth in the Ottoman and Post-Ottoman Balkans: A Socio-Economic History (2016), a contribution to the Encyclopaedia of Islam, 3rd edition (2015), and the book Arbanassi in the Fifteenth-Nineteenth Centuries: Socio-Economic Profile (2014, in Bulgarian).