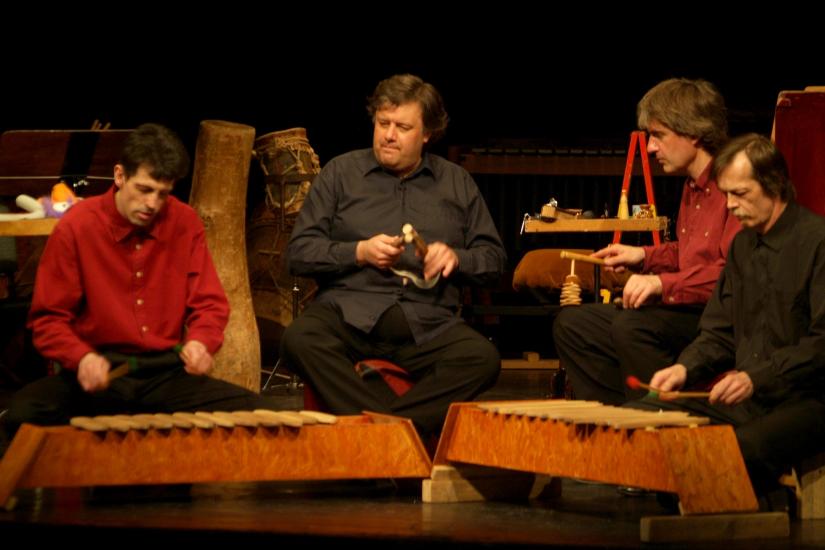 Amadinda Percussion Group was formed in Budapest, Hungary in 1984 by four musicians who had just graduated at the Ferenc Liszt Academy of Music. Nowadays Amadinda is regarded as one of the most original and versatile percussion groups in the world.  Amadinda's objectives are: inspire composers to write new music, research of traditional percussion cultures, composition of new music and transcription of some great pieces from the history of music to percussion instruments. A definite highlight of Amadinda’s career to date was the premiere of György Ligeti’s composition Síppal, dobbal, nádihegedűvel (With Pipes, Drums, Fiddles) in France.

The diversity of Amadinda’s work is also reflected by their numerous recordings. A highlight of this discography is the 6-CD series containing all the percussion compositions by John Cage whose pieces represent an important part of their overall repertoire.

Admission is free! However, seats are limited. If you wish to participate, please send us an email to cac@ceu.hu.