Free Expression in the Age of Security Challenges 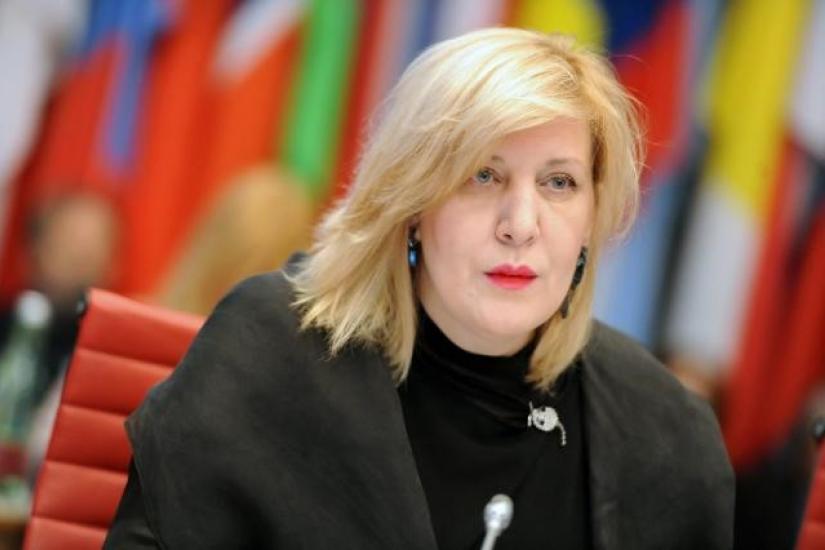 Dunja Mijatović will review major challenges to freedom of expression and free media including issues related to government control over the media, limitations on freedom of expression through anti-terrorist legislation, use of propaganda for war and hatred, restricting media access to report on the refugee crisis, and ways to preserve civil liberties online and offline, and explore new ways to connect and bring human rights and security closer in the 21st century.

Freedom of expression can never be taken for granted. It must be constantly justified, reaffirmed, and strengthened. A holistic approach is needed to strengthen human rights through law and policy, education and culture, and development of civil society in order to safeguard free speech.

How can we achieve and maintain security and freedom in a society under threat? How can we translate academic research and knowledge into actionable human rights sensitive policies? Can societies resist the escalation of fear and formulate responses based on civic responsibility and active citizenship? What is the role of and how can academia help in finding solutions?

Dunja Mijatović was appointed in 2010 by the Ministerial Council of the Organization for Security and Co-operation in Europe (OSCE) as the Representative on Freedom of the Media. The Council gave her a political mandate to protect and promote freedom of expression and freedom of the media in the 57 OSCE participating states.

She worked on human rights, media law and regulation, institution building in transition states, and ways to deal with hate speech in complex post-war societies. As one of the founders of the Communications Regulatory Agency of Bosnia and Herzegovina in 1998 she helped to create a legal, regulatory, and policy framework for the media in a complex post-war society. She was also involved in establishing a self-regulatory Press Council and the first Free Media Helpline in South East Europe. In 2007 she was elected President of the European Platform of Regulatory Agencies, and she has chaired the Council of Europe's Group of Specialists on freedom of expression and information in times of crisis.

She holds a Master's degree in European Studies (Master's Thesis: The Internet and Freedom of Expression) from the University of Bologna, the London School of Economics, University of Sarajevo, and Sussex University.

Mijatović was awarded the Médaille Charlemagne in 2015. The award honors a European personality who has made a unique contribution within the field of media, the process of European unification, and the development of a European identity.