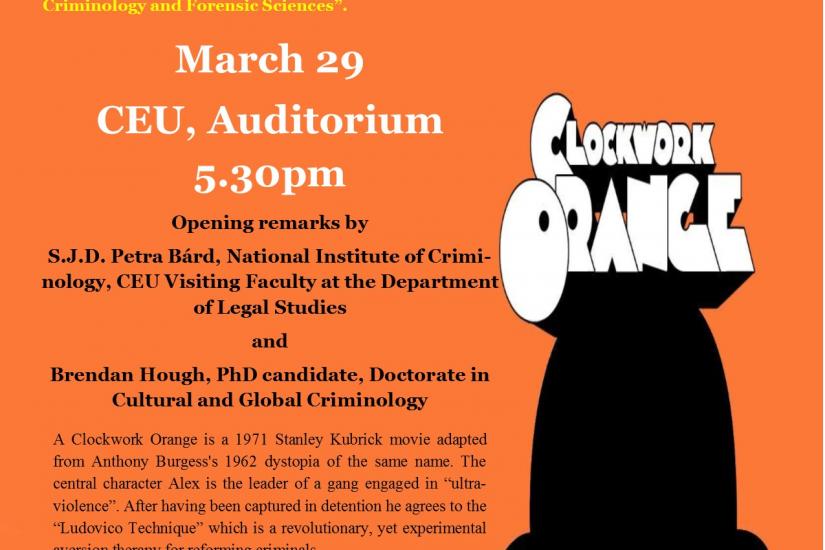 Human RightS Initiative in collaboration with the Department of Legal Studies are pleased to invite you to the screening of:

A Clockwork Orange is a 1971 Stanley Kubrick movie adapted from Anthony Burgess's 1962 dystopia of the same name. The central character Alex is the leader of a gang engaged in “ultra-violence”. After having been captured in detention he agrees to the “Ludovico Technique” which is a revolutionary, yet experimental aversion therapy for reforming criminals.

The movie questions the moral permissibility and efficiency of criminal behaviorism asserting that human can be influenced through rewarding desired and punishing unwanted actions.

A Clockwork Orange is regarded as a cult film. At the same time it is very controversial, among others due to the depiction of sexually explicit conduct and extreme violence.

All members of the CEU community are Welcome!