The Qurʾānic Text in the Formative Period of Islam 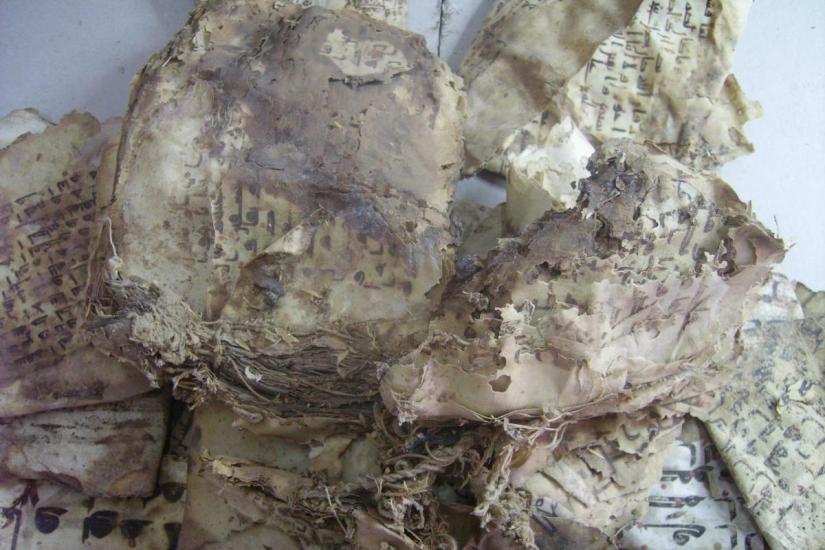 The CEU Center for Religious Studies invites you to

The Qurʾānic Text in the Formative Period of Islam

A discussion moderated by Aziz Al-Azmeh between

Shady Nasser (University of Cambridge)
Reciting the Sacred Text: From prosody to tajwid

Alba Fedeli (CEU)
A Sacred Text, Its Reading(s) and Use: Qurʾānic manuscript evidence

Abstract for Reciting the Sacred Text: From prosody to tajwid

In order clearly to distinguish the Qurʾān, as the word of God, from an ordinary literary text, Muslim scholars in the classical age created a third category of literature: in addition to poetry and prose, Qurʾān became a third distinct literary genre. This lecture is based on Nasser’s research, which tries to show that the delineation of Qurʾān and poetry was not self-evident in the formative period of Islam, and that the fact that early Arabs called the Qurʾān poetry, and Muḥammad a poet, suggests strong structural similarities between the two genres, and that Qurʾān and poetry, prior to their standardization as genres in the 2nd/8th century, shared many inherent similarities. These receded slowly primarily due to the efforts of medieval Arab literary critics in their quest to standardize poetry as a distinct and exclusive genre and Qurʾān as another.Shady Hekmat Nasser is Lecturer in Classical Arabic studies at the University of Cambridge. He studied first Chemistry and then Arabic Language and Literature at the American University of Beirut. He received his PhD from Harvard University in Arabic and Islamic Studies under the supervision of Wolfhart Heinrichs. He was a senior lector in Arabic and the coordinator of the modern Arabic program at Yale University between 2009 and 2011. His doctoral dissertation, on The Transmission of the Variant Readings of the Qur'an: The Problem of Tawatur, was published by Brill in 2013.***

Abstract for A Sacred Text, Its Reading(s) and Use:  Qurʾānic manuscript evidence

In the 19th and 20th century, the presupposition that there is no need to edit Qur’ānic manuscript texts as all of them necessarily have a single identical text, has influenced manuscript studies, thereby producing a lack of manuscript editions until recently. The interplay between access to Qurʾānic manuscript evidence and digital revolution is shaping a new perspective on the fixity and sacredness of the Qurʾānic text that had been established by the Gutenberg revolution and its fixed and stable texts. Qurʾānic manuscripts show the richness of the actual written transmission with the text’s variant reading.

Alba Fedeli is research fellow at the Centre of Religious Studies, CEU, working on the transmission of early Qur’ānic manuscripts. She stirred up media frenzy after the BBC announcement that the “Birmingham Qurʾān” manuscript dates to Muhammad’s lifetime. She received her PhD from the University of Birmingham, after studies in Italy with Sergio Noja Noseda. She was drawn to Birmingham’s Cadbury Research Library after more than a decade spent studying early Qurʾānic manuscripts in locations as diverse as Sana’a, Cambridge, Doha, Dublin, St. Petersberg and Paris.