Prime Time Nationalism: The Role of Television Broadcasts / Archives in the Aftermath of the Yugoslav Wars 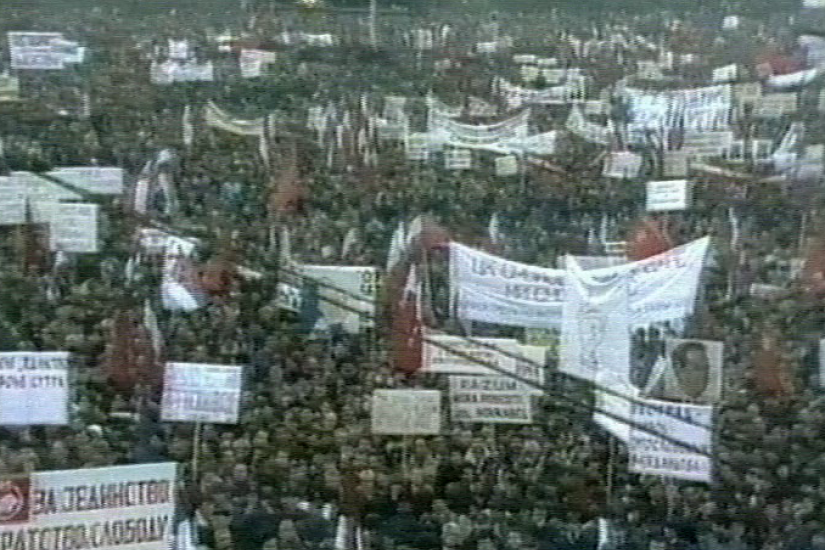 The manipulative role of state televisions in the outbreak and during the Yugoslav wars has been widely written about in academia and acknowledged in numerous cases before the ICTY. Television was routinely used to varying extents by all warring parties as an efficient tool in strengthening their own identity, creating the image of and instigating against an enemy, silencing or getting rid of dissenting voices and masking their own crimes committed during the armed conflict. In the hand of political leaders, who understood the influence and importance of propaganda, wartime television set the national agenda and framed the events, informed or misinformed its audiences, and formed or changed public opinion. Instead of being a powerful tool serving the public, it proved to be a public tool serving the political power.

In this context, OSA now invites participants to a conference and workshop to assess the role of television broadcasts in the years immediately succeeding the Dayton Agreement through a careful examination of OSA’s media monitoring collection, which includes state television broadcasts from Bosnia and Herzegovina, Croatia and FR Yugoslavia from 1996 to 1999, and some Serbian independent television programs from 1993 to 1996. By the help of media studies professionals, social and cultural anthropologists, historians, sociologists, archivists, and visual artists, as well as graduate students across CEU, we will discuss how television influenced and shaped the postwar national identity, recovery and development of the signatory states, and the lasting effect on their contemporary evolution in the light of a regional reconciliation. At the same time, we will seek to understand and offer new meanings for this broadcast archives by looking at OSA’s recently introduced, self-reflexive (re)archiving of it and the questions emerged during this process.

The workshop aims at finding new and innovative ways of using the broadcast archives in historical and political science research, education and arts. During the half-day interactive group work, we will strive to come up with concrete, implementable project proposals, which then will be desirably realized by participants upon their returning home, and published online.

Idikó Erdei (Associate Professor, Belgrade University, Serbia) | Ethnography of TV communication: what we have learnt from the nineties experience

15:15 – 16:45 Archiving and performing the archives of television broadcasts

Iva Kontić (Artist and curator, Serbia, Italy) | Mechanical dream catching in dormitory, 25 May & I whistle, you whistle, we whistle: reenactment of collective flashbacks

Room without a view: inside the processing of former Yugoslav television broadcasts | Produced by the YAP team

Novak Vučo (Assistant Prosecutor, Office of the War Crimes Prosecutor, Serbia) | Reporting after the arrest of the first ICTY indictees and at the beginning of the armed conflict in Kosovo in 1998 and early 1999

11:00 – 12:30 Lasting effects of television propaganda on national discourses and reconciliation

Find the full program of the conference in the attachement.