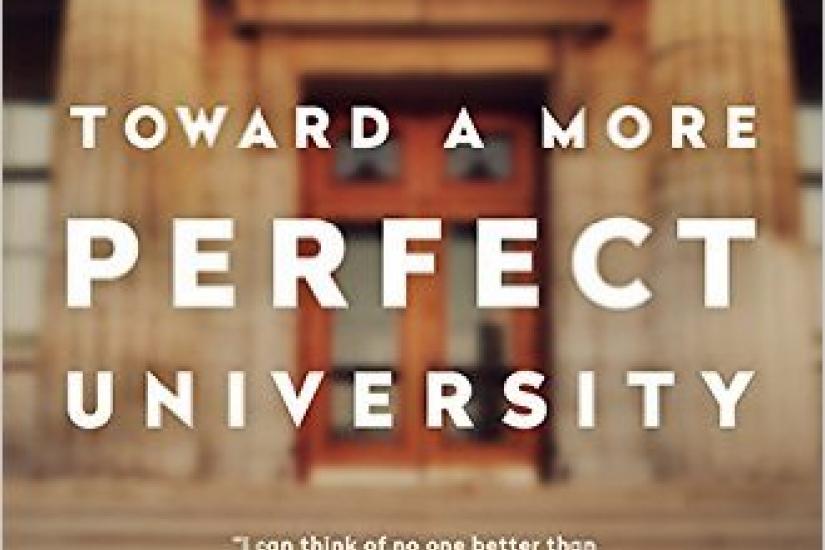 The CEU Yehuda Elkana Center for Higher Education cordially invites you to the book launch and discussion:

Jonathan R. Cole is the John Mitchell Mason Professor at Columbia University. He served as the university’s Provost from 1989 to 2003, after being its Vice President of Arts and Sciences. His work has focused principally on the sociology of science and knowledge and on features of higher education. He has published widely in these research areas and lectured on them around the world. He is an elected member of the American Academy of Arts and Sciences, the American Philosophical Society, the Council on Foreign Relations, and an associate member of the National Academies of Sciences. He has served and still serves on many non-profit Boards, most recently as a member of the Board of Trustees of the Central European University.

In its newest book, Jonathan R. Cole identifies the ways America’s great universities should evolve in the decades ahead to maintain their global preeminence and enhance their intellectual stature and social mission as higher education confronts the twenty-first-century developments in technology, humanities, culture, and economics.

“Jonathan Cole takes on many of the problems faced by the modern university, including the role of athletics, the challenges of affordability and access, the rise and potential of MOOCs, and the deteriorating relationship between government and academia. He offers concrete and practicable suggestions to addressing these problems. He even acknowledges the difficulty of making structural changes in academia and suggests how such changes might be more easily accommodated. Cole has written a masterful assessment of where our universities have come from, where they are now, and how they must change to ensure they remain world leaders in education and research.” — John L. Hennessy, president, Stanford University

“Jonathan Cole knows his stuff, and it is once again on display in this new book. Drawing on deep expertise and experience he writes cogently and candidly about that complex gem of American culture, the research university. Yes, he argues, American research universities are clearly the best in the world, but they can and should be even better. On a wide range of subjects from admissions and student debt to the value and cost of high-powered scientific research, he offers ideas for reform and improvement, some of them controversial, all of them smart. This is a book by an insider that insiders and outsiders alike need to read.” — Hunter R. Rawling III, president, Association of American Universities, president emeritus, Cornell University

The book is available in the CEU Library and can be purchased at the book launch.