Book Launch - Yehuda Elkana and Hannes Klöpper: The University in the Twenty-first Century. Teaching the New Enlightenment in the Digital Age 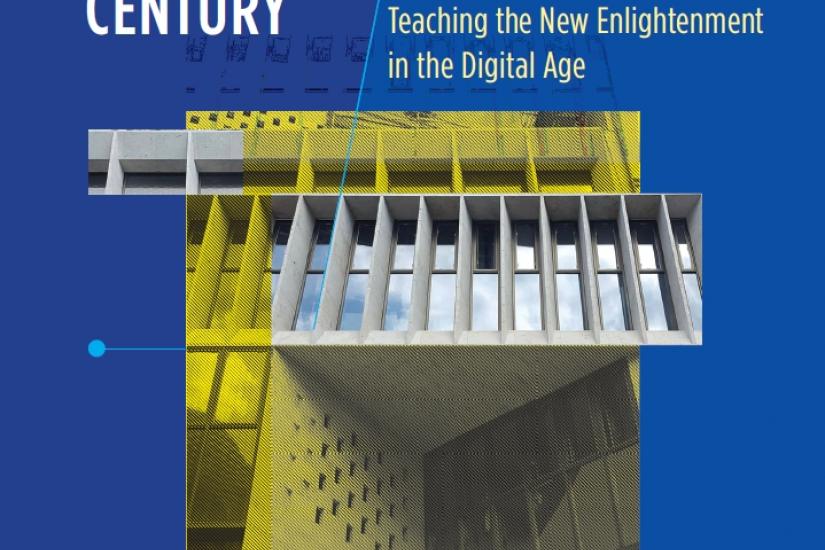 The book launch was part of The metamorphosis of university governance at the beginning of the 21st century conference, dedicated to the memory of Yehuda Elkana, CEU’s former Rector and President.

Yehuda Elkana, the third President and Rector of Central European University (1999-2009), was an Auschwitz survivor who became an international scholar and public intellectual with a deep commitment to open society. During his academic career, Elkana was a distinguished historian and philosopher of science who taught at Harvard University and served as a Fellow at the Center for Advanced Study in the Behavioral Sciences, Stanford University (1973-1974) and a Visiting Fellow at All Souls College, Oxford (1977-1978). He served as Director of both the Van Leer Jerusalem Institute (1968-1993) and the Cohn Institute for the History and Philosophy of Science and Ideas, Tel Aviv University (1981-1991). He was co-founder and editor of the scientific journal Science in Context and author of the book Essays on the Cognitive and Political Organization of Science (1994).

Hannes Klöpper is CEO & Co-Founder of iversity GmbH. iversity.org works on the digital transformation of corporate professional development and European higher education. Hannes Klöpper holds a Dual-Masters in Public Administration from Columbia University and the Hertie School of Governance in Berlin and a B.A. in International Relations from the Technische Universität Dresden. From 2010-2011, Hannes Klöpper worked as an associate on a project that explored the impact of digitalisation on education for the Stiftung Neue Verantwortung. He has been selected as a Global Shaper by the World Economic Forum and in 2013 joined the board of jurors of the Open Education Challenge.

This volume addresses the broad spectrum of challenges confronting today’s universities. Elkana and Klöpper question the very idea behind and purposes of universities, especially as viewed through curriculum—what is taught, and pedagogy—how it is taught. The reforms recommended in the book focus on undergraduate or bachelor degree programs in all areas of study, from the humanities and social sciences to the natural sciences, technical fields, as well as law, medicine, and other professions.

The core thesis of this book rests on the emergence of a “New Enlightenment”. This will require a revolution in curriculum and teaching methods in order to translate the academic philosophy of global contextualism into universal practice and application. Are universities willing to revamp teaching in order to foster critical thinking that would serve students their entire lives? This book calls for universities to restructure administratively to become truly integrated, rather than remaining collections of autonomous agencies more committed to competition among themselves than cooperation in the larger interest of learning.