Pride Denied: A Documentary on Homonationalism and the Future of Queer Politics 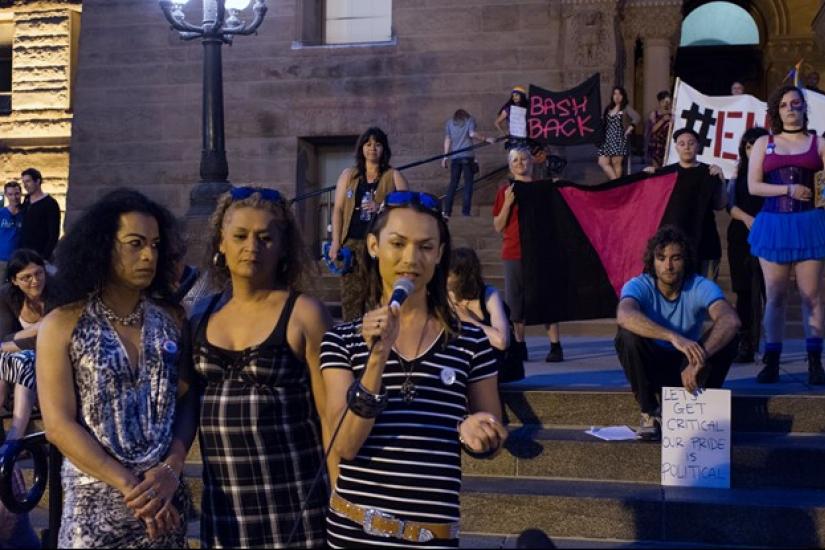 Pride Denied: A Documentary on Homonationalism and the Future of Queer Politics

Many North American LGBTQ pride events initially emerged out of sites of revolt and resistance— such as the anti-police riots at the Stonewall Inn in NYC in 1969 and the protests that began after police bathhouse raids in Toronto 1981. Today, however, PRIDE™ is big business. Non-profits formed for the purpose of hosting pride events in cities such as Toronto, San Francisco, and New York sport multinational corporations as sponsors alongside multi-million dollar budgets. But where and how is this money spent? And to what ends? In Pride Denied, Toronto activists and artists call for a return to prioritizing political activism and community support that characterized the emergence of the contemporary LGBT rights movement more than 40 years ago.

Chisholm has made more than a dozen films that have screened at festivals, universities, and events worldwide. She is also one of the co-founders of the Toronto Queer Film Festival and sits on the board of the Pleasure Dome collective.

In the the 2015-16 academic year, Chisholm was an Artist in Residence at Osgoode Law School at York University, where she began working on the feature documentary Citizen.  Originally from the US, Chisholm is currently based in Toronto, Canada.