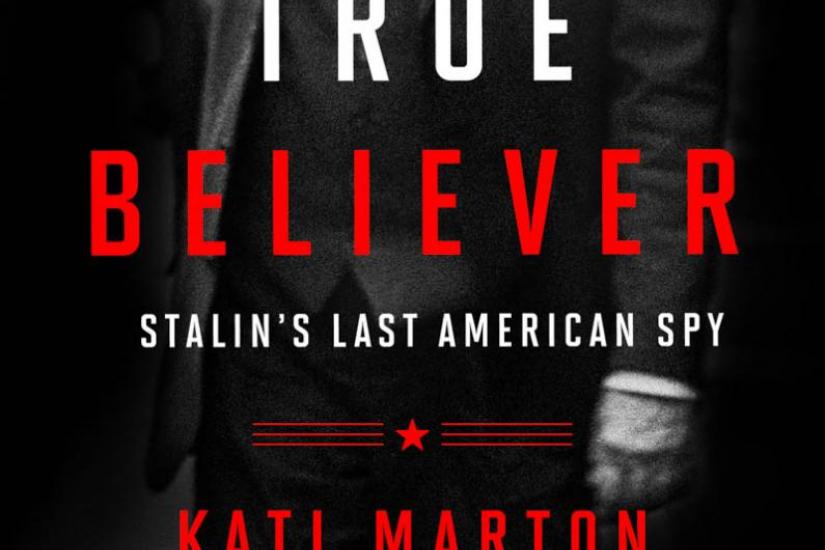 In True Believer: Stalin’s Last American Spy (Simon & Schuster; September 6, 2016) award-winning journalist and best-selling author Kati Marton tells Noel Field’s full story for the first time. Field, once a well-meaning and privileged American, spied for Stalin during the 1930s and ’40s. Then, a pawn in Stalin’s sinister master strategy, Field was kidnapped and tortured by the KGB and forced to testify against his own Communist comrades. He ended his days behind the Iron Curtain, diminished, but he never showed regret for his role in abetting a murderous dictatorship. With a reporter’s eye for detail and a historian’s grasp of the cataclysmic events of the twentieth century, Marton captures Field’s riveting quest for a life of meaning that went horribly wrong.

“Relevant... fascinating...As vividly reconstructed by Marton, Noel Field’s life is a window on the delusion and narcissism that fuel the self-radicalized of any era.”
— New York Times Book Review

Kati Marton is the author of "True Believer: Stalin’s Last American Spy" and "Enemies of the People: My Family’s Journey to America", a National Book Critics Circle Award finalist. Her other books include "Paris: A Love Story"; "The Great Escape: Nine Jews Who Fled Hitler and Changed the World"; "Hidden Power: Presidential Marriages That Shaped Our History"; "Wallenberg; The Polk Conspiracy"; and "A Death in Jerusalem". She is an award-winning former NPR and ABC News correspondent. She is a trustee of Central European University in Budapest, Hungary and lives in New York City.