Toward Heine’s Pantheism, or, what constitutes philosophy? 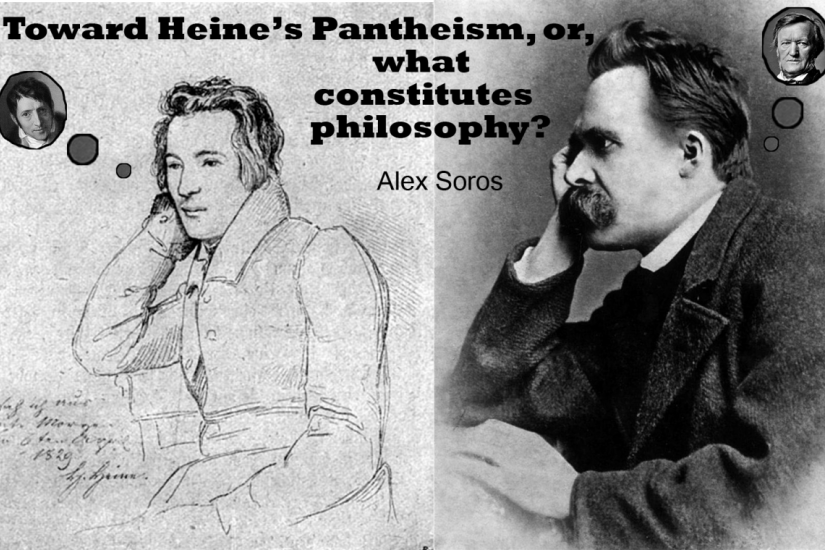 In his Critique of Cynical Reason, Peter Sloterdijk praised as his own primary model for “ideology critique” the poet (and lesser-known writer) Heinrich Heine. Investigating Heine’s profound impact on Friedrich Nietzsche’s thought and writing, which leads us through a tangled web of debates with other figures such as Richard Wagner and Ludwig Börne, offers an opportunity to reconsider what constitutes philosophy. A central thread in the rich relation between Heine and Nietzsche concerns Heine’s “pantheism,” an idiosyncratic and largely ironic position staked out in relation to antiquity, modern Judaism and Christianity, politics, and art.

Mr. Soros is currently pursuing a doctorate in modern European history at the University of California, Berkeley. He is also Post-Doctoral Fellow at the Hannah Arendt Center for Politics and the Humanities at Bard University, and has presented a series of lectures on Heine at the Institut für die Wissenschaften vom Menschen (IWM) in Vienna, where he was a fellow in the 2015/16 Academic Year.

Mr. Soros sits on the boards of Bend the Arc, which supports grassroots efforts to strengthen lower-income neighborhoods across the US; Global Witness, which exposes and breaks the links between natural resources, conflict and corruption; the Gordon Parks Foundation, and the Open Society Foundations and he is member of the CEU Board of Trustees. His op-eds have appeared in The Sun-Sentinel, Reuters, Thomson Reuters Foundation’s Trust.org, The Miami Herald, Politico and The Guardian. Mr. Soros is the founder of The Alexander Soros Foundation, an organization promoting civil rights, social justice and education by making grants to cutting-edge organizations in the United States and abroad.