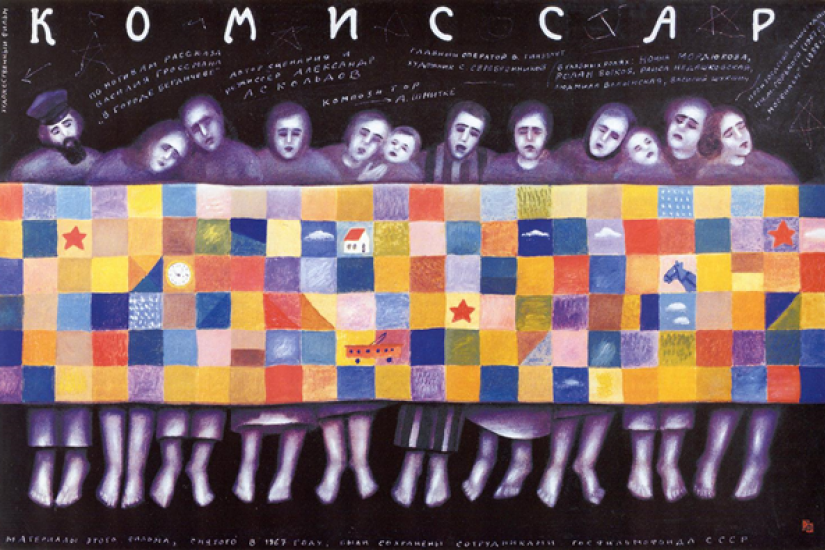 Soviet shelved films is a series of film screenings devoted to banned Soviet films of the 1960s. Instead of glorifying the fiftieth anniversary of the October Revolution, these films were gathering dust on the shelves up until the Perestroika. Some of them have been shown for the first time only in the early 2000s. At the screenings, we will discuss why these films were banned from public display among the Soviet viewers, and try to delineate the boundaries of the Soviet unauthorized visual narrative.

Victoria Khiterer, author of the article Jews in Soviet Cinema: the Film Commissar by Aleksandr Askol’dov:

“The film Commissar (1967) by screenwriter and director Aleksandr Askol’dov is a unique film on a Jewish theme for the Soviet screen, which discusses Russian-Jewish relations during the Civil war. Although it shows these relations in a completely benevolent light, and a Jewish family helps a pregnant Russian Commissar Klavdiia Vavilova, the movie was banned for over twenty years. Askol’dov demonstrated his personal courage in producing a Jewish themed movie in the hostile atmosphere of state antisemitism in the Soviet Union. The movie acquired a second life during Perestroika, when films that had been shelved for many years were released for the public. In spite of its limited comprehension of Jewish life, the film received recognition due to its humanistic message, the strong performances of the popular Soviet actors, and the artistic camerawork”.