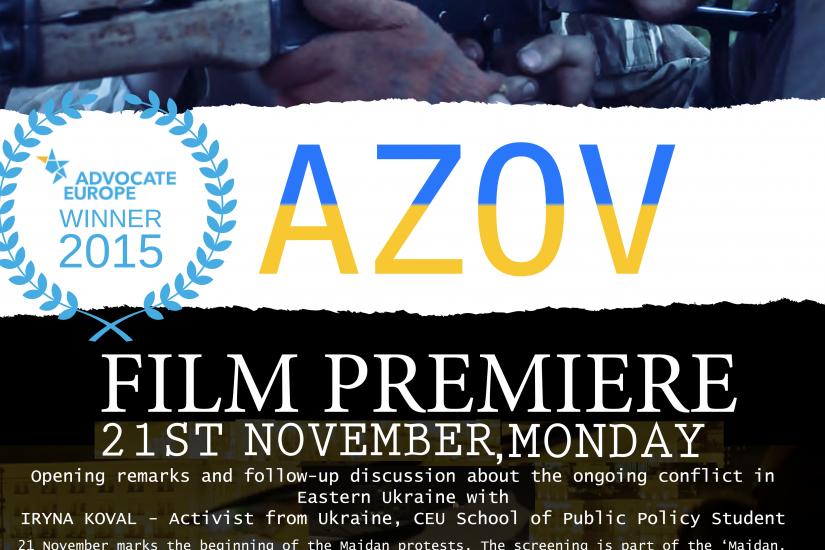 Human RightS Initiative (HRSI) is pleased to invite you to the premiere screening of:

A documentary (1h13min) by ThinkYoung

21 November marks the beginning of the Maidan protests. The screening will be part of the ‘Maidan, The Aftermath’ project led by ThinkYoung, a not-for-profit international think-tank that focuses on young people. The project aims at showcasing perspectives of young Ukrainians on their country in the aftermath of the Maidan protests, and raising awareness about the situation in Ukraine. The film will be premiered in various European countries, Ukraine included, on the day. You can find more details about the project at its dedicated page.

She was engaged in the conflict from the very beginning: first as active participant of Maidan (also known as the ‘Ukrainian Revolution of Dignity’), and later as founder and chair of Free People Employment Center – an NGO supporting employment and social rehabilitation of internally displaced persons from annexed Crimea and Eastern Ukraine, and ATO veterans. Iryna is now a student in the Master of Public Administration (MPA) program, CEU School of Public Policy.

Anton is a 22 year-old from Irpin, Ukraine. When his country faces war in the Donbass region, he enlists as a volunteer in the AZOV Battalion and goes to war. The film follows young volunteers as they go through enlistment, training, and combat. After being seriously wounded in the front line, Anton will return home, trying to adjust to civilian life again.

Hope to see many of you there!