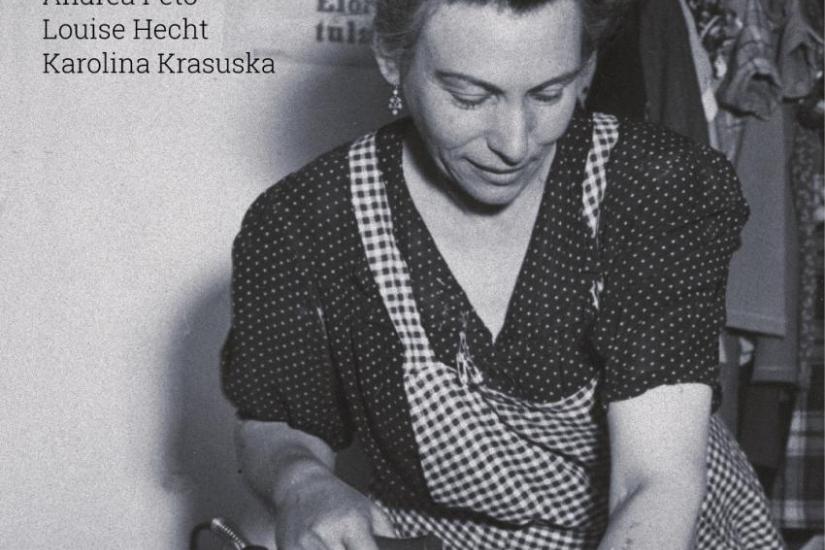 During the present year, members of the CEU community have made an important contribution to the study of Hungarian Jewish history. The international conferences organized by the CEU Jewish Studies Program, theses written and defended by its graduates, as well as individual research realized by faculty members have resulted in a number of book publications with a focus on the twentieth century, exploring the Holocaust and its political background, but also Jewish thought, culture, and identity during the contemporary period. At the occasion of this collective book launch, four new books will be presented by their authors and editors.

Women and the Holocaust: New Perspectives and Challenges

Women and the Holocaust: New Perspectives and Challenges expands the existing scholarship on women and the Holocaust adopting current approaches to gender and focusing on texts and contexts from Central-Eastern Europe. The authors complicate earlier approaches by considering the intersections of gender and nation, region, sexuality, but also de-universalize masculine narratives about the Holocaust. Within these new perspectives, the communist regimes after WWII often turn out to be a new and necessary framework for studying women and the Holocaust. This truly international volume features contributions by eminent authors, including pioneers in the field, as well as upcoming literary scholars and historians who delve into previously unmapped archives, explore cinematic representations and digital testimonies.

Andrea Pető is a Faculty member at the Department of Gender Studies at CEU.

The volume includes twelve selected scholarly papers thematically organized under four headings: The newest trends in the study of the Holocaust in Hungary; The anti-Jewish policies in interwar Hungary; The Holocaust era in Hungary; National and international aspects of Holocaust remembrance. Was it really inevitable that hundreds of thousands of Hungarian Jews would, within a few months, become victims of the gas chambers of Auschwitz? Could the Holocaust in Hungary have been averted and who were responsible for the violent deaths of over a half a million Hungarian Jews? Starting from these difficult questions, the present volume offers readers the most recent scholarship on the history and memory of the Holocaust in Hungary. Randolph L. Braham is Distinguished Professor Emeritus of Political Science at the City College, Director of the Institute for Holocaust Studies at the Graduate School and University Center of the City University of New York, and Director of the Rosenthal Institute for Holocaust Studies at the Graduate Center. András Kovács is Professor at the Nationalism Studies Department and Academic Director of Jewish Studies at the Central European University.

Hungarian Jews in the Age of Genocide: An Intellectual History, 1929–1948

Laczó will present his monograph Hungarian Jews in the Age of Genocide. An Intellectual History, 1929–48 (Leiden: Brill, 2016). The book analyses Hungarian Jewish identity options, political discourses, historical narratives and cultural agendas during the Hungarian age of persecution as well as the varied interpretations of persecution and annihilation in their immediate aftermath. It draws on hundreds of scholarly articles, historical monographs, witness accounts and published memoirs, and offers a pioneering account of how Hungarian Jews responded to their exceptional drama and unprecedented tragedy.

Modern Jewish Scholarship in Hungary: The "Science of Judaism" between East and West

The Habsburg Empire was one of the first regions where the academic study of Judaism took institutional shape in the nineteenth century. In Hungary, scholars such as Leopold Löw, David Kaufmann, Ignaz Goldziher, and Wilhelm Bacher had a lasting impact on the Wissenschaft des Judentums (“Science of Judaism”). Their contributions to Biblical, rabbinic and Semitic studies, Jewish history, ethnography and other fields were always part of a trans-national Jewish scholarly network and the academic universe. Yet Hungarian Jewish scholarship assumed a regional tinge, as it emerged at an intersection between unquelled Ashkenazi yeshiva traditions, Jewish modernization movements, and Magyar politics that boosted academic Orientalism in the context of patriotic historiography. For the first time, this volume presents an overview of a century of Hungarian Jewish scholarly achievements, examining their historical context and assessing their ongoing relevance.