Concert and Dance Club with EtnoRom 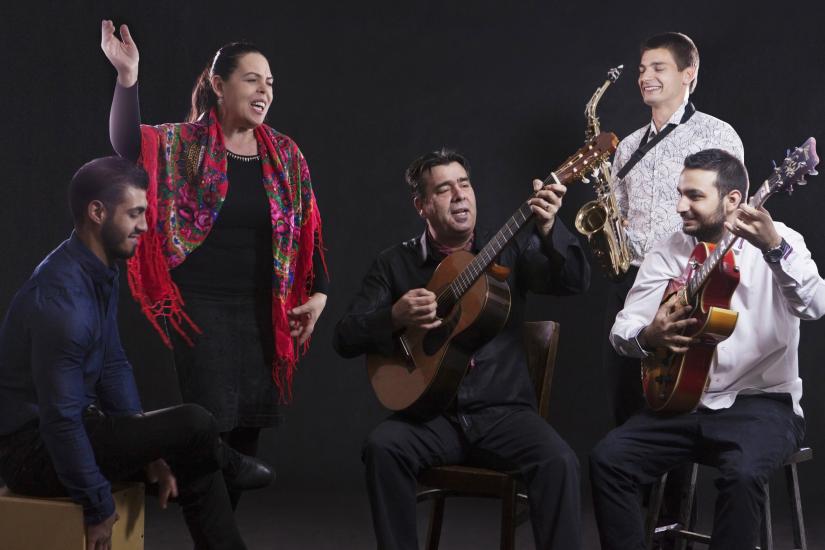 The members are the virtuosos of Roma music, who grew up singing and playing music and toured the world from Japan to the United States. Their music broke borders: it was celebrated world-wide as the 'first authentic Romany voice' from Middle-Eastern Europe. After twenty years of wanderings around the world, the foundation of EtnoRom is a sign- post at the musical crossroads of József Balog’s and Ágnes Künstler’s life, where traditional, rough Roma tunes and rhythms run into magical Roma jazz and swing, with exploding energy.

Since its foundation in 2005, EtnoRom has won the ’Price for Best Professional Performance’ of the Budapest Fringe Festival (out of more than 400 concerts and performances) two times, performed at the prestigious Budapest Spring Festival, and burnt the stage of many music festivals throughout Hungary, Austria, Italy, Germany, Finland, Norway, Polland, The Czech Republic, Estonia, Ukrain, France, Holland, Spain, and The United States.

EtnoRom’s concerts take the audience into the world of true feelings with a constant emotional pulsation, which ends up with cleansed soul, and the discovery of no matter, where we are from or what language we speak, we all have the same rhythm – the rhythm of the heart. (Alexandra Ceglédi)