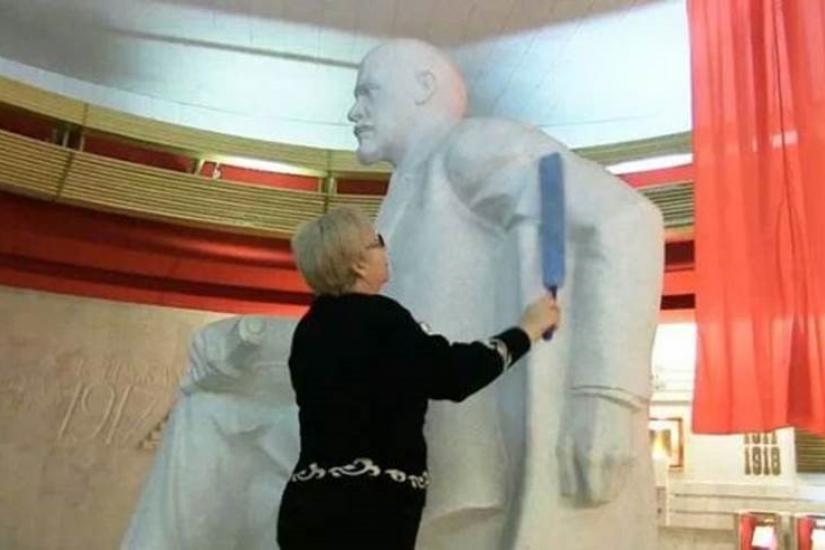 In the USSR, the cult of Lenin had replaced the Orthodox religion that Communists wanted to eliminate. At the end of Soviet era, in the village Gorky, 20 kilometers from Moscow, the last and the most ambitious Museum of Lenin was built. In former days it had 3000 visitors per week, now it’s only 20. Today it looks like a temple of forgotten civilization, a place that has fallen out of time. But faithful to the ideas of Lenin the keepers of the museum remain. They wait for random visitors in the abandoned halls – and for the return of former times.
The story of the museum is shown through the two main characters Evgenia and Natalya, the caretakers of the museum. Natalya is 52 years old, a history teacher at the local school, fond of the Communism ideology, she really loves and respects Lenin. She likes the place where she works. 56 years old Evgenia is a scientific researcher. She’s also a hard-core new-age believer; she worships all sorts of gods, and considers Lenin one of the biggest among them. But after 10 years of dedicated work in the museum, she now wants to leave it and continue her spiritual journey in another place.