“Labor on the Soviet Home Front During World War II.” 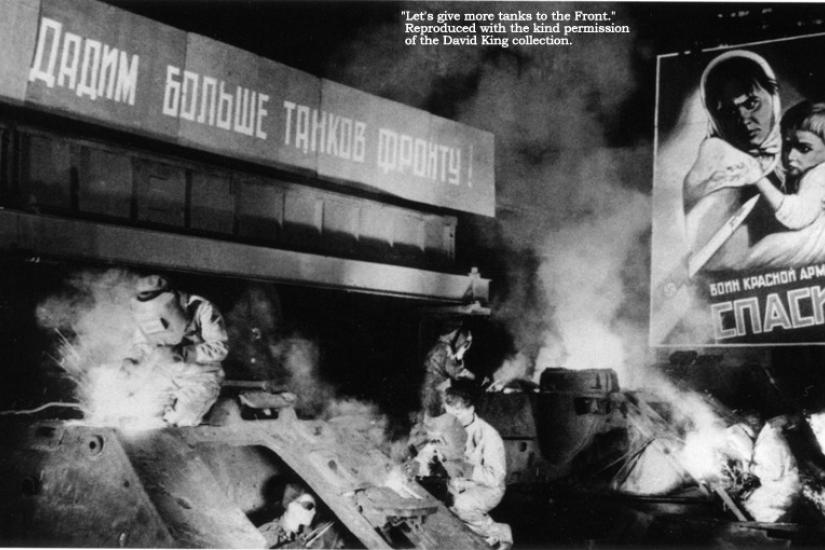 When we think of the terrible losses that the Soviet Union suffered during World War II we naturally think of the soldiers killed or maimed in battle, the civilians who died under German occupation, and those who perished during the siege of Leningrad.  Yet those who lived and worked on the Soviet home front also suffered unimaginable deprivations.  Working hours were vastly extended, as was the intensity of labour.  Work became increasingly dangerous and unsafe – rates of sickness absence were double the levels of 1940.  Millions of workers mobilized to the Soviet rear were housed in earthen dugouts or temporary barracks unfit for human habitation.  Malnutrition was universal, even among defence workers.  Many starved to death or died of starvation-induced tuberculosis; an even greater number were badly debilitated.  Despite this, all the evidence points to the fact that workers willingly endured these hardships.  They showed up to work, coped with the risks, and worked to the best of their physical ability to produce what was needed for the war effort.  Yet such reactions were not universal.  A significant minority of workers, mainly young, found themselves unable to cope with these conditions and fled from the factories, despite the threat of spending many years in the Gulag if they were caught.  Surprisingly, however, relatively few actually faced any punishment, the reasons for which we explain in the lecture.

Donald Filtzer is Emeritus Professor of Russian History at the University of East London, United Kingdom.  He has published detailed studies of Soviet workers during the Stalin, Khrushchev, and Gorbachev periods.  His most recent publications are The Hazards of Urban Life in Late Stalinist Russia: Health, Hygiene, and Living Standards, 1943-1953 (Cambridge: Cambridge University Press, 2010), and Wendy Z. Goldman and Donald Filtzer, eds., Hunger and War: Food Provisioning in the Soviet Union During World War II (Bloomington: Indiana University Press, 2015).  He and Wendy Goldman are currently working on a history of life and labour on the Soviet home front during World War II.