Careers in the United Nations - Presentation 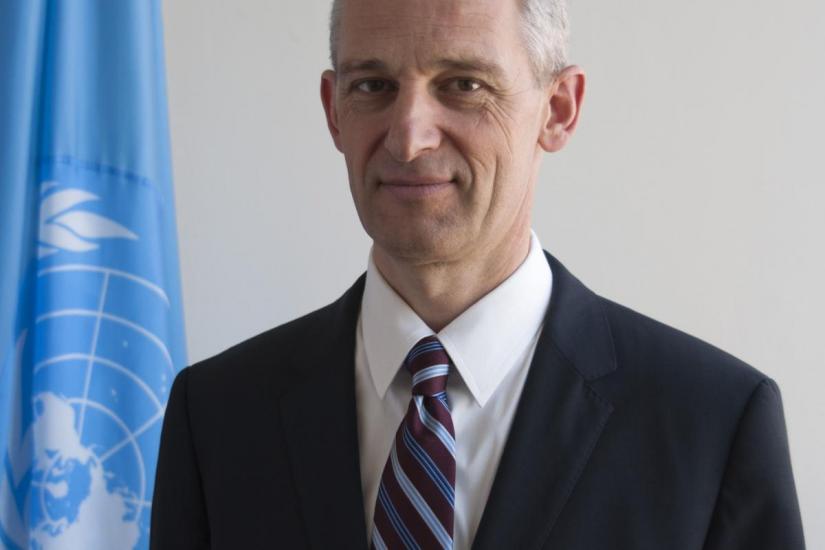 Working for the United Nations - Presentation

Martin has been working in international relations for 35 years; as a Reuters correspondent, with the Organization for Security and Cooperation in Europe at its Vienna headquarters and with the United Nations. He was the Spokesperson for UN Secretary-General Ban Ki-moon in New York from 2009 until 2014, and since then he has been Director of the United Nations Information Service in Vienna. His career with Reuters included postings in Moscow, The Hague, Berlin, London and Seoul.

The United Nations Information Service in Vienna (UNIS Vienna) is part of a network of UN Information Centres spanning the globe, from Accra to Yaoundé, which are part of the Department of Public Information. The common goal is to communicate the activities and concerns of the Organization to the public. UNIS Vienna plays a dual role: as a UN Information Centre it serves Austria, Hungary, Slovakia and Slovenia. By serving as the local voice of the UN in these countries, UNIS Vienna aims to promote an informed understanding of the work and goals of the United Nations, by reaching out to media, government, academia, schools and civil society. UNIS also provides public information support and promotional services to the United Nations organizations based in Vienna.

The event is open to students and alumni, regardless of their specialization or degree.