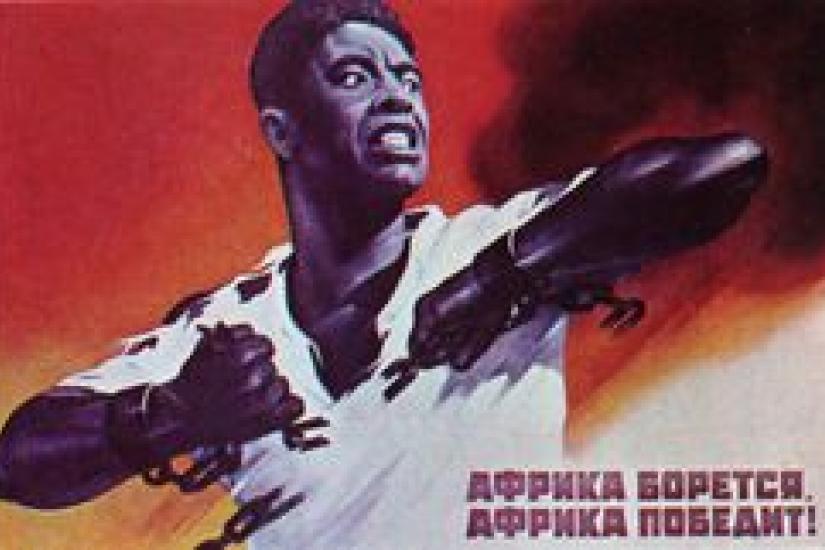 The exhibition is open

every day except Monday

The title of the exhibition is borrowed from Chinua Achebe’s 1958 classic of post-colonial fiction, seen by many as the archetypal modern African novel in English, which reflects on the devastating impact of colonialism in Africa.

The exhibition presents historical and contemporary responses to the geopolitical and cultural connections of African nations to the Soviet Union and related countries. Links were forged particularly during the second half of the twentieth century, as post-colonial power struggles drew support from the East and the West. The Soviet Union, Yugoslavia, Cuba and East Germany all offered aid to national governments such as those of Mozambique and Angola, as well as providing educational scholarships as a means of wielding soft power.

The historic ties between these nations find expression across the twentieth and twenty- first centuries: from early-Soviet utopian visions of interracial collaboration; through the height of the Cold War when soft power was used to influence independence struggles; to the ongoing stories of African independence and liberation.