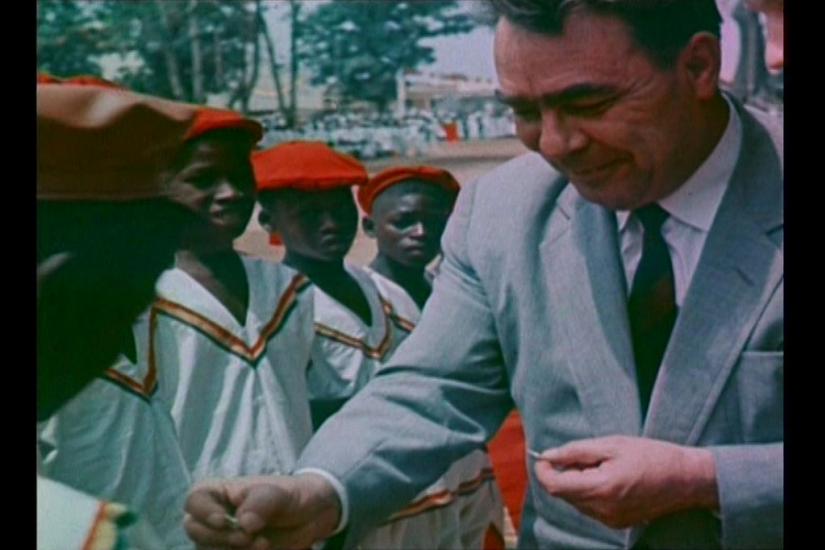 Introduction to "Our Africa" Series

Soviet documentaries of the 1960s responded to changing boundaries of ideological control during the so-called "Thaw" period. Many of the Soviet filmmakers worked and filmed in
various "socialist-friendly" countries in Africa and their footage shows a genuine curiosity in the "otherness" of African reality. My film does not aim at duplicating the official propaganda
discourse, my idea is to deepen the poignancy of Soviet newsreels and documentary films by exposing the propaganda clichés and offering a new way of seeing them by exposing and highlighting their message. My review offers a fast-paced survey of the entire corpus of Soviet films about Africa in which I identify the most important and recurrent themes and motifs. In the process of this research, I trace how Soviet views of Africa evolved over three decades, later falling into oblivion.