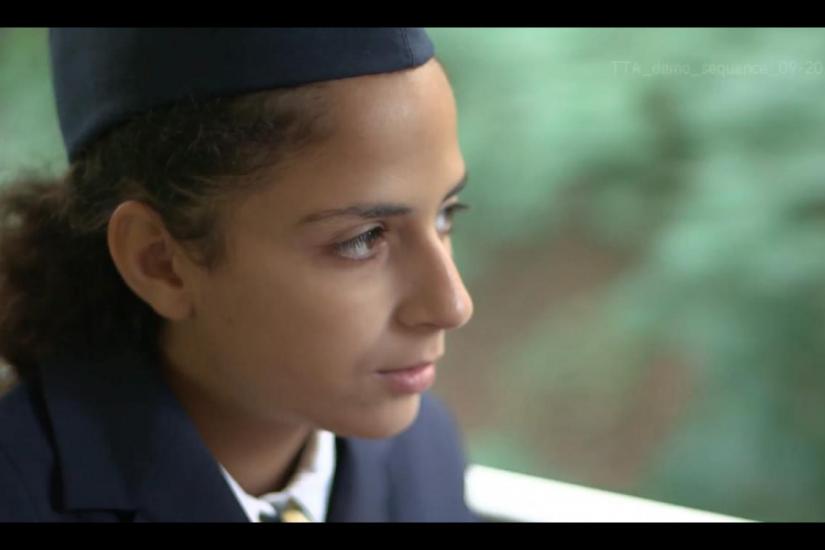 “The pioneer railway where children can be engine drivers or conductors, sell tickets or dispatch trains used to be the dream of every boy (and many girls) between Leipzig and Vladivostok. The Budapest twins Viktor and Karmen and their friend Gergő, too, operate old fashioned switches, levers and telephones, line up for the flag ceremony and sing the old hymn around the camp fire: “The pioneers’ land is full of happy tunes…” What could easily have been an exercise in sugary and phony nostalgia unfolds as a nuanced and sensitive coming of age drama – and not a happy one. Because the three of them, all on the threshold of adulthood, must shoulder responsibilities not only at the railway: they were confronted with the tough reality of capitalism at an early age. The twins’ single mother works hard but earns hardly enough to buy food, and the family are losing the roof over their heads. As for Gergő, he lives with his grandparents because his parents are forced to work abroad and he must decide whether this will be his future, too.

Klára Trencsényi shows a world in which a relic from the past is the only thing that offers security on the road to the future, while all the institutions that are supposed to do this are absent. The image of the rolling train as a symbol of longing acquires a different meaning – a bitter railway romanticism.”  Synopsis by Grit Lemke, DOK LEIPZIG Catalogue, DokLeipzig, 2015.