Screening and Discussion of Syria's Disappeared 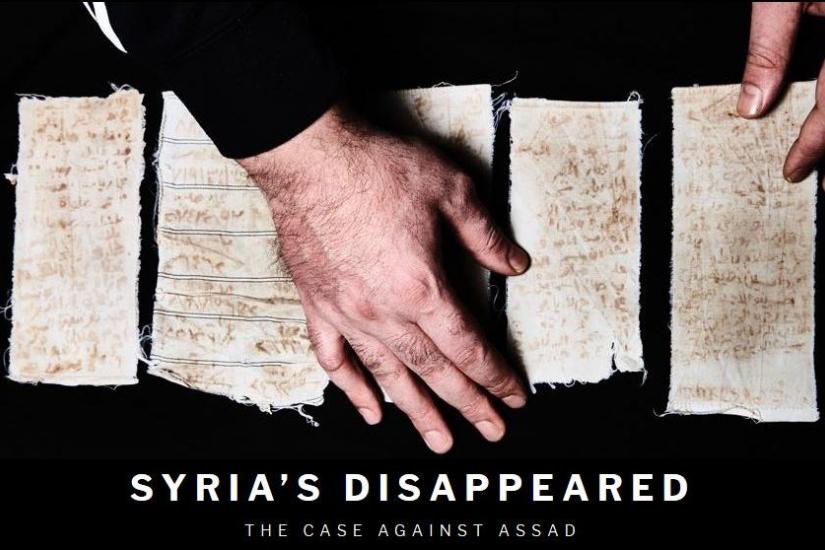 Syrias’s Disappeared (documentary, 2017, 50 mins) focuses on "the tens of thousands detained after the 2011 Arab spring uprisings who have since been missing, or discovered to have been tortured and killed. Sometimes whole families were taken, including 2,000 children. If the “disappeared” are alive, they’re most likely still being detained in president Bashar al-Assad’s military prisons and hospitals" (Barbara Ellen, The Guardian, 2017).

All major armed groups in Syria have committed war crimes. With thousands disappeared, the Assad Regime's policies of detention, torture, extermination and extortion remain the most damaging of the Syrian society. But former detainees, defected officers and various human rights groups put up a battle for the rights and freedom of the detainees.

The topic of the documentary will be introduced by Alhakam Shaar, who will moderate a brief discussion after the screening. Alhakam is a Holbrooke Fellow for The Aleppo Project at the Shattuck Center on Conflict, Negotiations, and Recovery at Central European University. MA candidate in Sociology and Social Anthropology 2018 (CEU).

The event is free and open to public. Do not hesitate to invite friends from both inside and outside the CEU community.