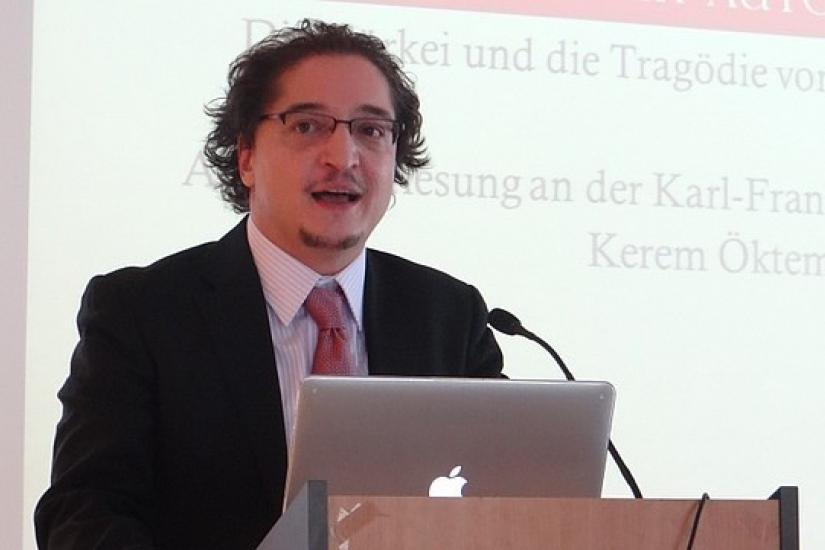 Nation-building everywhere requires the imagination of the nation and its history, the rememberance and forgetting of certain moments in history, as well as the invention of tradition. Kemalist Turkey has been a textbook example of such strategies, both in the realms of discourse and the material world. It is all the more intriguing that now, after more than 90 years of consolidation, contestation and adaptation of the Kemalist republic -including a substantive element of Europeanisation-, Turkey's current powerbrokers are inventing a new national imagination, using much of the same strategies as the Kemalist state founders, by appropriating historical facts, stretching reality and moulding it into a seemingly coherent story that appears to confirm the birth of something significant.

In this presentation, Kerem Oktem will explore and critique these strategies of myth-making and nation-building, charting foundational discourses of enmity, toponomies and monuments that contribute to the imagination of a Turkish nation that is characterised by its Muslimness, its masculinity and its subservience to a quasi-religious leader. Will this new discursive frame for Turkish nationhood evolve into a relatively mature and widely shared national history as the Kemalist narrative did, despite its apparent contradictions? Or, is it more likely to become a case of brash but ineffective nationalist delirium comparable to Gruevski's Skopje 2014 project in Macedonia?

Kerem Öktem is Professor of Southeast Europe and Modern Turkey at the University of Graz and a member of the Centre of Southeast European Studies, which he has joined in September 2014. Before coming to Graz, he was Open Society Research Fellow at the European Studies Centre, University of Oxford. It was also at Oxford where he read for a Master degree in Modern Middle Eastern Studies and completed his D. Phil. at the School of Geography in 2006. He is a longstanding research associate of the programme for Southeast European Studies at Oxford (SEESOX), Vice-President of the Research Foundation Switzerland Turkey and alumni of the Mercator-IPC Fellowship. In addition to his academic publications on Turkey’s domestic politics, nationalism, minority policies and Muslim communities in Europe, he is also a regular contributor to OpenDemocracy and several other media outlets. He currently works on the emergence of new Diasporas and forms of Turkishness as a result of Turkey’s constitutional crises.