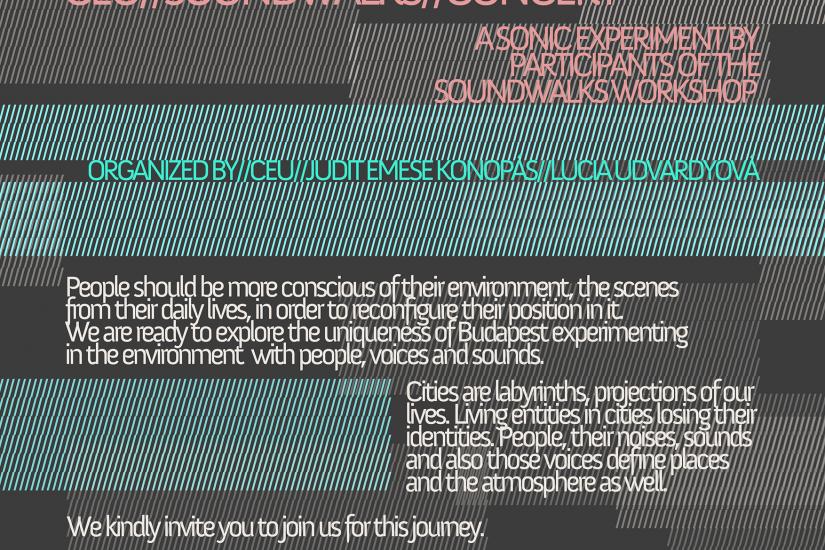 A Sonic Experiment by Participants of Soundwalks Workshop
organized by Judit Emese Konopas, Lucia Udvardyova and CEU Center for Arts and Culture

The concert is followed by a discussion with the participants and organizers of the workshop.

Judit Emese Konopas has gained her experience in various architect and interior design offices in London and in Budapest. Her further interests widely spread into different genres such as architecture, art, music, photography and contemporary dance. After a phase of bouncing around them, she experiments on connecting the different fields and emerging them into sound installations and soundsculptures.

Lucia Udvardyová is a music journalist, curator and sound artist. She was a researcher at the TV and Film School of the Academy of Performing Arts in Prague (FAMU). She co-founded Easterndaze, a project that aims to document and interconnect the emerging underground scenes in Central and Eastern Europe. She works for SHAPE, a pan-European audiovisual platform.