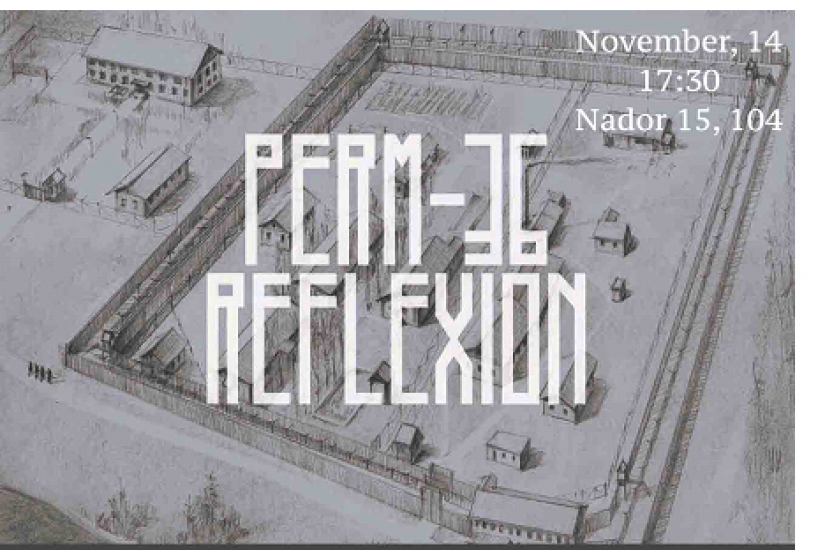 The Soviet Kitchen cordially invites you to the film screening in the Research Seminar Series 2017/2018 entitled:

PERM-36. REFLEXION is a documentary about three former political prisoners: the worker Viktor Pestov, convicted for anti-soviet activity; the literary scholar Mikhail Meylakh sentenced for the custody of forbidden literature in Soviet times (Nabokov, Mandelshtam, Solzhenitsyn); the human rights activist Sergei Kovalev for working on a weekly publication on Human Rights in the Soviet Union, each recall the story of their arrest and imprisonment in the “Perm-36” prison camp.

In 1996 Russia’s only museum of the history of political repression (“Perm-36”) was opened on this site at the initiative of historian Victor Shmyrov. Since 2005 in late July an international civic forum “Pilorama” has been held at the museum with the aim of enlightening society: discussions are held as are concerts, tours, film showings. Participants (democrats, liberals, communists or simply tourists) are housed in tents in the field opposite the museum.

The former dissidents return years later to the camp (now a museum) to participate in “Pilorama” reflecting, mirror-like, the conditions of Russian society haunted by phantom pains after the fall of the Soviet Union. Often provocatively, young communists and members of “Essence of Time” actively protest the existence of the museum and the forum, zealously intervening in discussions with former dissidents. In time they manage to attract the attention of society and of the government. As a result dark clouds gather over the museum…

Sergei Kachkin, a Russian film director and producer, was born and grew up in the city of Perm. From 2006 he has shot several short films which have been shown and awarded in both Russia and globally. Sergei is also an organizer of co-production forums and international film festivals.

We look forward to seeing all of you!