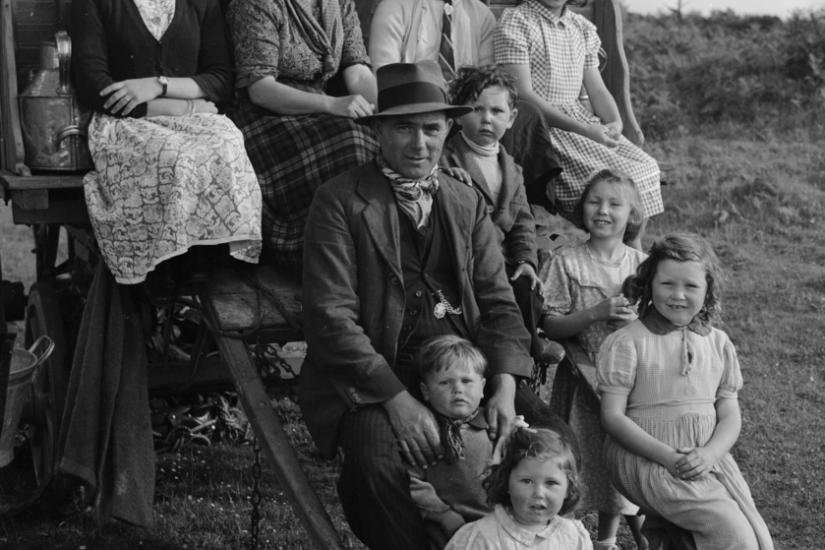 Open Lecture in the Identity and Leadership Series

Please register by December 1 using the form at this link.

Romani and Traveller people across Europe are consistently defined and described by others in terms that draw upon historical stereotypes, mistaken identities and fantasies of the imaginary ‘Gypsy’. Our history is ignored or ‘lost’ by majority scholarship, our ethnicity dismissed or misunderstood and attempts to ‘fit’ us into the homogeneous nation-state are made. Romani and Traveller diversity and experience make us what we are…

Dr Adrian Marsh, Researcher in Romani Studies & Romani Early Years, is of Romany-Traveller origins, who works with Roma, Gypsy, and Traveller communities in the UK, Sweden, Turkey, Egypt and Central, Eastern and South-Eastern Europe. He gained his PhD in Romani Studies at the University of Greenwch, London (2008) and his MA in South East European Studies at the School of Oriental and African Studies (1998), London University. Dr Marsh was, awaded a first class honours BA degree in East European History at the School of Slavonic & East European Studies (1996) and won the Andrew Ferguson Memorial Prize for a final dissertation on women and power in the Ottoman Empire (1996). Dr Marsh has taught Romani Studies in universities in London, Malmö, Lund, Stockholm, Cairo, Istanbul and Diyarbakir and has held an ESRC fellowship as Researcher in Romani Studies at Greenwich University, London. He recently managed Early Childhood Development projects for Roma, Gypsies, and Travellers for the Open Society Foundations, Early Childhood Programme, London. He is currently living and working in Istanbul with his NGO, the International Romani Studies Network, established in Istanbul (2002). He has published a number of articles on Romani identity (2005, 2006, 2008) and religiosity (2014), edited collections from international conferences on Romani Studies he organised (2006, 2014) and contributed to peer reviewed journals, regarding education for Romani children (2014) and to the ‘Encyclopaedia of Human Migration’ (2012)

Bala, Wales is a small market town within the historic county of Merionethshire, now Gwynedd, at the northern end of Bala Lake (Llyn Tegid, in Welsh). It is famous in Romani Studies, as this is where many of the descendants of Abram Wood lived, including those Welsh Gypsies that John Sampson carried out research amongst, for his monumental study on the Romani language of the Welsh Gypsies (Kalé).