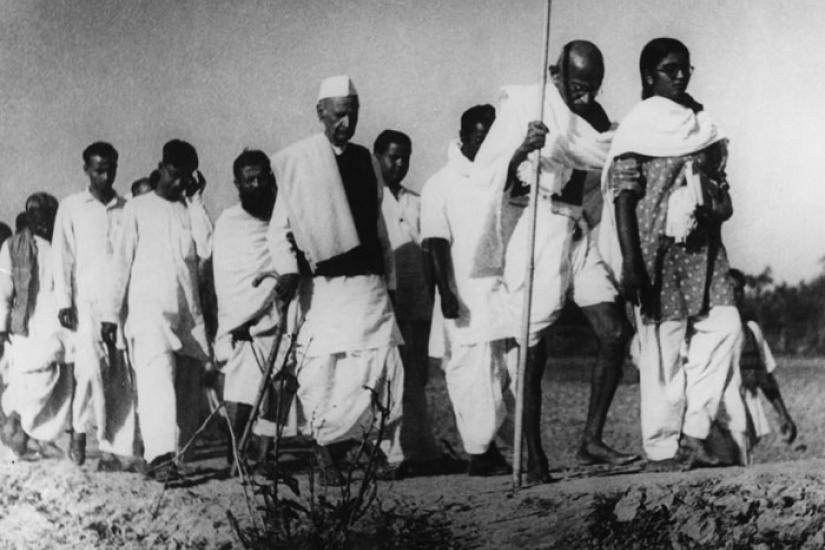 The South Asia Research Group (SARG) cordially invites you to

a public talk by

This talk explores Gandhi’s thought and life through the act of walking. Gandhi called walking the prince of exercises.  He believed that walking gave him a strong body. Long walks were part of the daily routine of asharm life both in South Africa and India. At the age of 60 he walked 231 miles from his ashram to Dandi to break the law of salt tax. Amidst violence in Noakhali, Gandhi insisted on undertaking a lonely walk as an experiment with truth. The common image of a thinker is that of someone who sits in contemplation, detached from the surroundings.  Thinking as an act of the mind and body is at best an enabling substrate. However, Gandhi paid at most attention to the body, exercise, food, gestures and walking. Can we understand his moral and political undertakings through the long walks he took?  Does this have any bearing on his thought? Can the discipline of walking provide the form for his thinking? Is the non-violent body a walking one?  We shall look at the gait of his walk through the representations in painting, digital art, photography and films.

Dr. Sanil Viswanathan Nair is Professor of philosophy at the Department of Humanities and social Sciences, Indian Institute of Technology, New Delhi, India. His areas of interest include philosophical investigations into Art, Technology, Cinema, Biology, Literature and Social Sciences. He was the   Watumall Distinguished Professorat Department of PhilosophyUniversity of Hawaii, USA. He was also a Charles Wallace Fellow at the Department of Philosophy, University of Liverpool, U.K and Directeur d'études Associés, at  Maison des sciences de l'homme Paris. His recent publications include Public Sphere from Outside the West(Bloombury, London) and also papers on  myth, meaning and measurement in ancient Indian architecture, time and cinema, Indian philosophy on the eve of Colonialism, mathematical idea and cinematic image, self-portraits and philosophical perspectives on fascism. He also writes and publishes in Malayalam language and his forthcoming Malayalam book is Choreography of Murder. He is currently at CEU as a Research Excellence Fellow of the Higher Education Support Program.