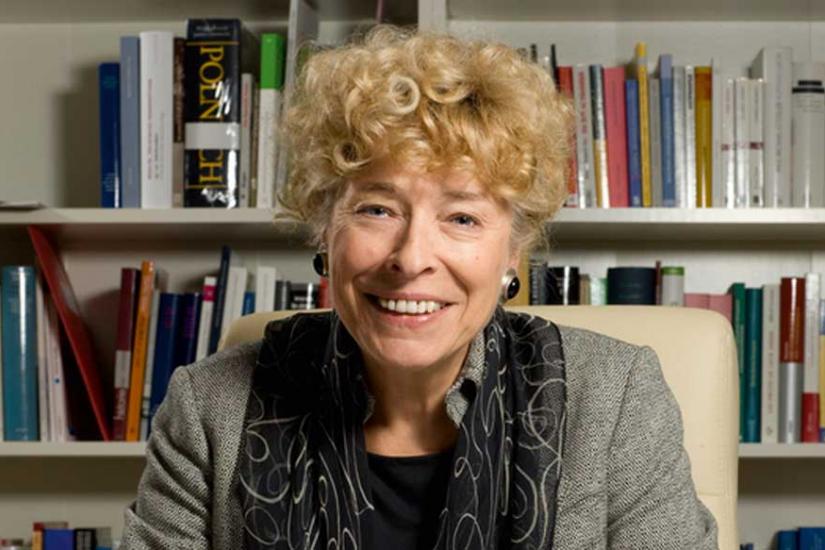 cordially invite you to the Round Table Debate

In a recent proposal the former rector of the Europa Universität Viadrina in Frankfurt/Oder, Gesine Schwan, advocated new pathways for overcoming tensions in the European Union (EU) surrounding the distribution of refugees. She advances the idea of a European funding tool for municipalities which offers direct financial support. The idea is to replace a compulsory quota system with an incentive and support mechanism. The issue of burden sharing is at the centre of conflicts between in particular Central and Eastern European member states, on the one hand, and other member states and the Commission, on the other hand. The round table debates these ideas and places them into the broader context of tensions surrounding the EU's asylum and migration policy as well as the application of the rule of law and fundamental rights.

Prof. Dr. Dr. h.c. Gesine Schwan is co-founder, shareholder and president of the HUMBOLDT-VIADRINA Governance Platform. Mrs. Schwan leads the area of ​​the Trialogs. Gesine Schwan is a political scientist. She completed a study of Romance, History, Philosophy and Political Science in Berlin and Freiburg with study stays in Warsaw and Krakow. Since 1972, she has been a member of the SPD, and since 2014 Gesine Schwan has been the chairman of the SPD’s foundation committee, and since December 2015 co-chair of the Sustainable Development Solutions Network, SDSN Germany. From 1977-1999 she was a professor for political science and from 1992 to 1994 dean for the political science department at the Free University of Berlin. In 1999, she became President of the Europa-Universität Viadrina in Frankfurt (Oder) and contributed decisively to its development. From 2005-2009, Gesine Schwan was the coordinator of the federal government for border and civil society cooperation with Poland. In 2004, on the basis of a proposal by the SPD and Bündnis90 / Die Grünen, and on a proposal by the SPD, she ran for the office of the Federal President. Together with other scientists, Gesine Schwan founded the HUMBOLDT-VIADRINA School of Governance in March 2009 and was its president from June 2010-June 2014. Gesine Schwan is since 2014 president and co-founder of the HUMBOLDT-VIADRINA Governance Platform in Berlin. Gesine Schwan has received numerous awards, including the 2004 Marion Dönhoff Prize for International Understanding and Reconciliation, and 2006 the Honorary Doctorate of the European University of Florence. She is the bearer of the Order of Merit of the Federal Republic of Germany, of the Order “Bene merito” of the Republic of Poland and of the Honorary Legion of the Republic of France.