Trans-Imperial Objects: Habsburg Albums from the “German House” in Constantinople 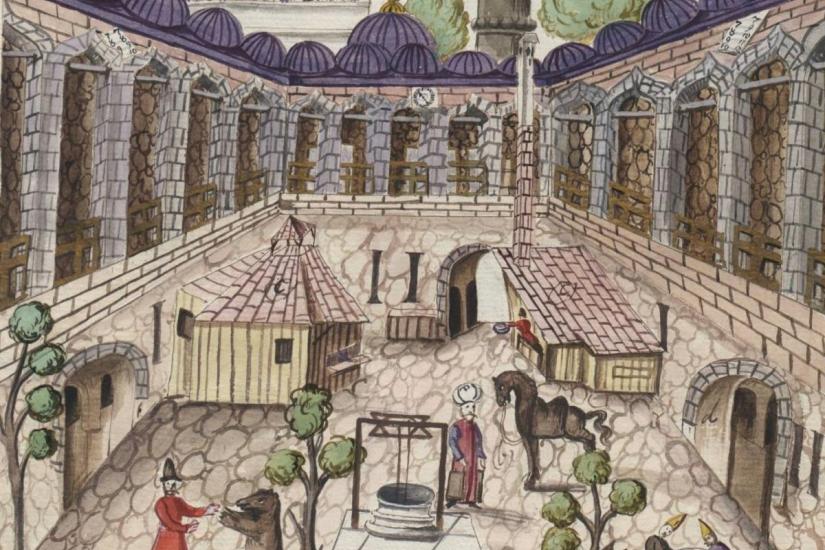 During a period of relative peace between two imperial rivals in the late sixteenth century, hundreds of travelers from across the Holy Roman Empire made their way to Constantinople. Whether serving in the retinue of a Habsburg ambassador to the Ottoman court or stopping over on their way to the Holy Land, subjects of the emperor found food, wine, shelter, and good company in the confines of the Habsburg ambassador’s residence. This multi-lingual and religiously diverse group of noblemen, humanists, artists, cooks and messengers living in close quarters left behind traces of a vibrant social and visual culture. They collected, commissioned, and produced a series of over thirty albums of decorative papers, signatures, costume images, genre scenes, and city views, which are preserved today in collections across Europe and North America. These works on paper are some of the earliest examples of costume books and friendship albums, yet they have never been collected and examined in relation to the abundant archival materials available on the house and its residents. This talk introduces these objects, the people involved in their creation, and the house at the center of these activities. It presents several arguments from my book-in-progress on questions of chronology, workshop practices, the curation of social networks based on status, and the purposes of these highly individualized paper portraits of empires.

Robyn Dora Radway is a historian of Habsburg Central Europe and its imperial entanglements across internal and external borders. She completed her Ph.D. in history at Princeton University in the summer of 2017. She holds a B.A. and an M.A. in the history of art and has worked in several international and local museums, including the Metropolitan Museum of Art, New York and the Museum of Applied Arts, Budapest. She is currently the Humanities Initiative Fellow at the Institute for Advanced Study at CEU.