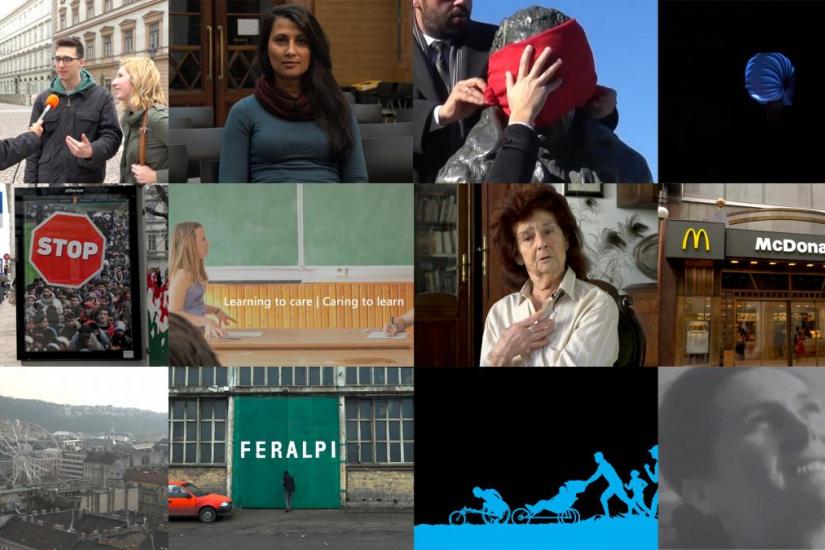 Join us for this special screening of short (5-10 min) student documentaries produced in courses supported by the Visual Studies Platform at CEU, the CEU Library's Mirabaud Media Lab, CEU's History Department and the School of Public Policy followed by a reception with the filmmakers.

The evening is part of a series of end-of-semester screenings featuring the exceptional work of CEU students. This installment includes films from the "Historical Narratives and the Moving Image" course, as well as the "Documentary for Social Change" course running for the first time. These courses make up part of the curriculum for CEU's new Visual Theory and Practice Non-Degree Certificate.

Films to be screened:

“DIA - Learning to Care | Caring to Learn” - What does active citizenship look like on a personal level? How can one teach young people to care?

“Fit” - The story of Suhanj! Fitness: an integrative fitness center in Budapest, Hungary, that is bringing together the disabled and non-disabled through fitness.

“Inside/ Outsider” - Inside-Outsider explores the dual exclusion of the Roma LGBTQI community in Hungary through the story of Dezső Máté, a scholar and activist.

“Open Source Evidence” - This film takes the viewer through the open-source investigation process to verify the April 4, 2017 attack on Khan Sheikhoun, an incident in the Syrian conflict, using videos and posts uploaded to social media.
“Project Menedek" -

“Queuing for Change” - On the 30th anniversary of the first McDonald’s in Hungary, its first clients reflect on their memories of system change and hamburgers.

“Relation of the Statue” - A daughter tells the story of her mother: the model of the famous Budapest monument, Liberty Statue

“The Final Exile” - Exiled throughout his life, Lukács faces removal once more in death: an exile from memory.

“#Ask_Me_About_Yemen” - A documentary of a campaign to raise awareness about one of the worst humanitarian crisis happening in our modern history.