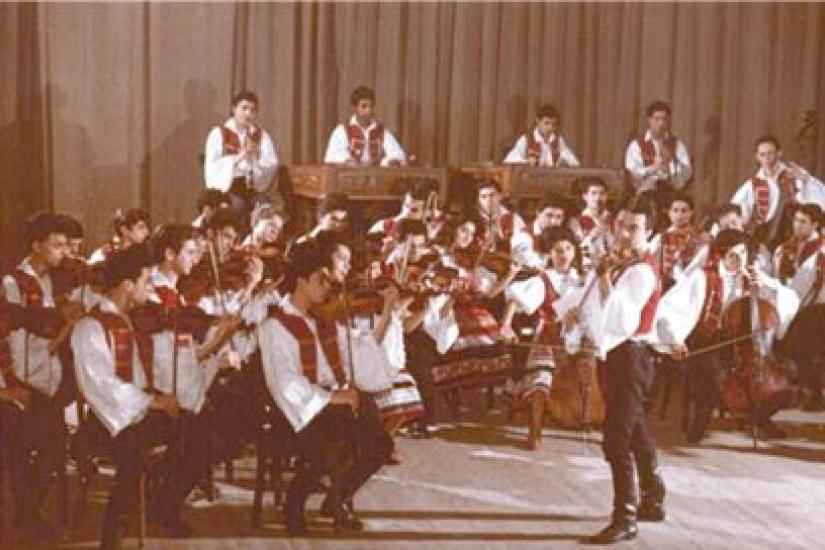 Despite the “wandering Gypsy” stereotype, Roma in Hungary have been largely settled for two centuries. Hungary’s Roma musicians have long traveled not as vagabonds, but as cosmopolitan touring artists with a home base in Hungary. During the state socialist period, Roma musicians had more opportunities to travel than other members of the population did, as they were in demand at performing venues east and west. This presentation focuses on one important ensemble of Roma musicians of that period, the Gypsy Orchestra of the Communist Youth League, commonly known as the Rajkó Ensemble, to explore the complexities of how these minority musicians were used as a national symbol during the Cold War. After World War II, following the Soviet model, Hungary created professional folk music and dance ensembles. Unlike those ensembles in most other East Bloc countries, however, the orchestras of the Hungarian ensembles were made up almost entirely of Roma musicians, who have been central to Hungary’s entertainment industry since before 1800. These ensembles, including the Rajkó, made “Gypsy music” more suitable for the new socialist era. Documents, press coverage, and interviews with former members of the Rajkó reveal the contradictions in the group’s representation and reception at home and abroad. First-hand accounts show how members turned their travels with this idealized socialist ensemble into a capitalist opportunity. Lynn M. Hooker is Associate Professor of Music at Purdue University. She studies music and identity in nineteenth- to twenty-first-century Eastern Europe, particularly in Hungarian-speaking areas. Her book Redefining Hungarian Music from Liszt to Bartók was published in 2013 by Oxford University Press. She has published on music and modernism, nationalism, race, and popular and folk culture, in (among other places) Musical Quarterly, Anthropology of East Europe Review, Twentieth-Century Music, Ethnomusicology, and European Meetings in Ethnomusicology. Since 2000 she has been conducting fieldwork in Europe and North America in Hungarian folk and popular music scenes, with a focus on Romani performers. Her current project addresses the transformation of the “Gypsy music” industry in twentieth-century Hungary, using oral history interviews and archival research.