Dehumanizing the Other: Responding to Islamophobic, Anti-Semitic, Anti-Roma Anti-Refugee Speech 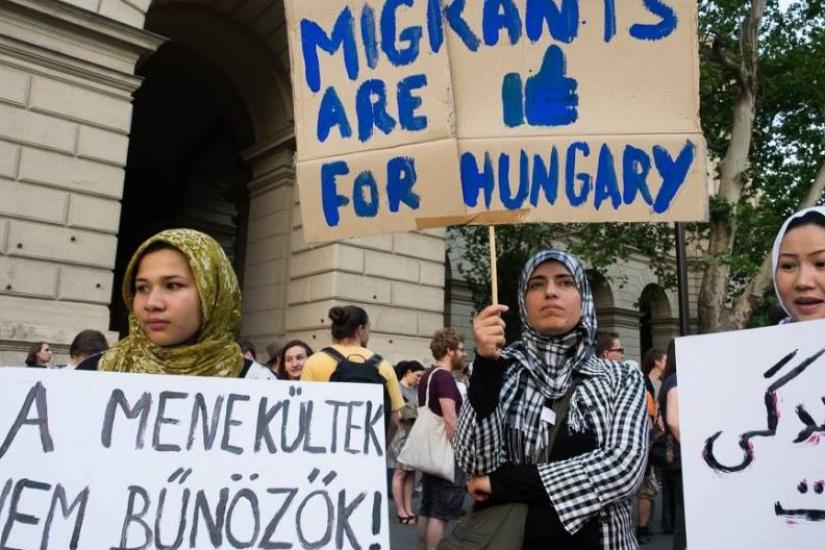 Please find the preliminary program below. Please support our endeavor by sharing the link to this event page or the Facebook event. This conference is hosted by CEU and the Rafto Foundation for Human Rights. It will be livestreamed at https://videosquare.ceu.edu/en/live.

* Balazs Trencsényi (Head of the Department of History, CEU)

Kenan Malik (British writer, lecturer and broadcaster) Looking Closer to Home: How Mainstream Politics Paved the Way for the Demonization of Migrants

10:30 Dehumanizing the Other in Historical Perspectives - I

* Francisca de Haan (Professor of Gender Studies and History, CEU): For Women’s Rights and Peace, Against War and Fascism: The Life and Legacy of Rosa Manus (1881 - 1942)

* Prem Kumar Rajaram (Head of the CEU Open Learning Initiative, Professor at the Department of Sociology and Social Anthropology CEU): Dehumanisation in the 19th-Century Colonies and Its Current Resonances in Europe

* Leo Lucassen (Director, Research of the International Institute of Social History and Professor of Social History at Leiden University): Why Panic? Explaining the Extreme Reactions to the 'Refugee Crisis' from a Long-Term Perspective

* Eduard Nazarski (Director, Amnesty International Netherlands): Us Versus Them

15:00 Remapping Hate Speech: Has Central and/or Eastern Europe Caught up with Western Europe?

* Monika Bobako (Poznan University): Islamophobia as a Technology of Power. The Case of the Anti-Refugee Discourse in Poland

* Nick Thorpe (BBC Central Europe Correspondent) What is hate speech, and what is not, and why does it matter?

* Dmitry Dubrovsky (Center of Independent Social Research, European University at St. Petersburg): From the Mentally Ill to the Morally Perversive: the USSR Legacy of Anti-Dissent Propaganda in Current Russian media

Rethinking Open Society Lecture by Professor Janos Kis, "The Puzzle of ’Illiberal Democracy’"A leading member of the democratic opposition in the ‘70s and ’80s, co-founder and Chairman until 1991 of the Alliance of Free Democrats, Kis is now Professor of political science and philosophy at CEU.Participants are invited to attend this closely connected lecture although it is not part of the conference. Registration is required here.

10:30 How Dangerous is Dehumanizing Speech?

12:15 Dehumanizing the Other in Historical Perspectives - II

* Maria Kronfeldner, Professor (Department of Philosophy, CEU): What is Dehumanization?

15:00 No Limits for Dehumanizing Speech?

* Henriett Dinók (Director, Romaversitas): The Framing of Hate: Hungarian Political Discourse about Anti-Semitism and Anti-Gypsyism at the time of anti-migrant campaign