Blinken OSA participates in the Night of the Museums 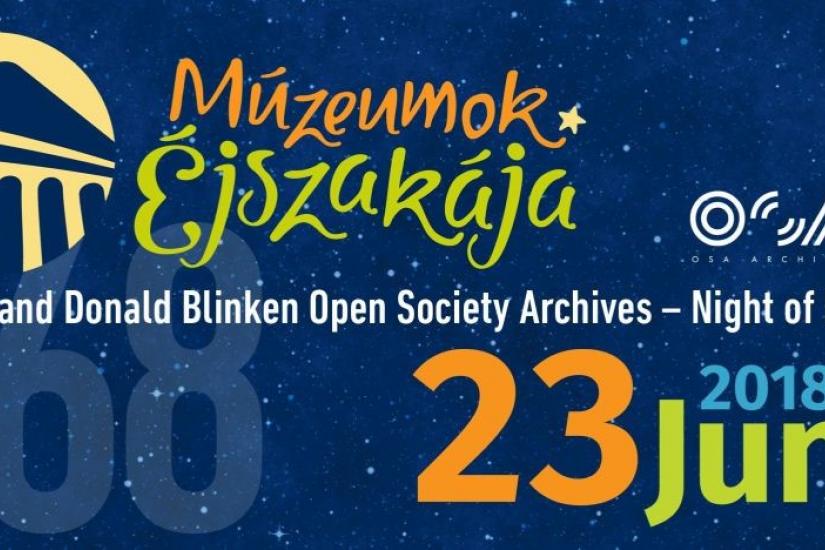 Farewell to the Spring

Protest and type! Visitors can  type flyers on Cold War era type-writers and print symbols of ’68 on textile bags and paper with the help of OSA staff.

4:00 P.M. – 12:00 P.M. Tours of the building: Exhibition hall and archive in a historic building. The Goldberger building, an industrial monument, is open to the public once a year. The basement holds records of the fieldwork that underpinned Radio Free Europe's broadcasts during the Cold War, as well as collections of Human Rights documents.

The tours start every two hours; in English on demand