Opening Keynote Lecture: Religions and the Shape of Warfare in the pre-Modern World:  Of Western Christendom, Buddhist Japan, and some Islams 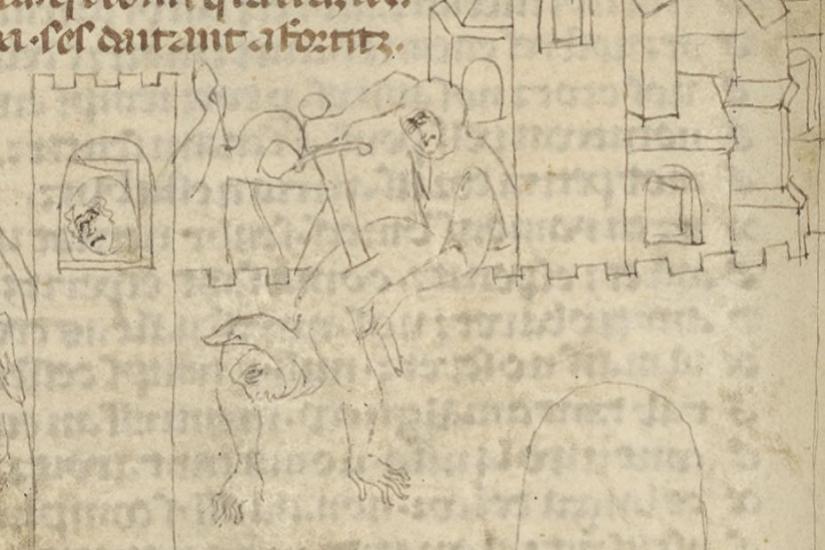 The Center for Religious Studies
cordially invites you to The CRS Doctoral Conference 2018
The Sacred In Conflict:
Disagreeements between and within Religions
Opening Keynote Lecture by

Philippe Buc
(University of Vienna)Religions and the Shape of Warfare
in the Pre-Modern World Thursday, June 28, 2018
17:00 PM

Abstract: Religious conceptions are far from determining (or causing) everything in war, yet their study can illuminate some of the forms that warfare commonly takes, especially regarding the inhibition or permissibility of certain military practices. Religions, in brief, contribute to give shape to war. But can we actually speak of cultural (a.k.a. “anthropological”) universals in warfare, or do local cultures, including religion, account for a degree of diversity in its motivations, conduct, experience, and remembrance? And if there is diversity, is it possible to detect at least certain limited patterns, valid for subsets of religions? These questions will be explored with reference to Western Christendom, Buddhist Japan, and some Islamic societies.

Philippe Buc was trained in the United States (BA Swarthmore College, MA UC Berkeley) and France (Maîtrise Paris I-Sorbonne, Doctorat EHESS Paris) in medieval European History and Japanese medieval History.  From 1990 to 2011, he taught at Stanford University (USA), where he began as an Assistant Professor and ended as a Full Professor. Since September 2011, he has been Professor  für die Geschichte des Hoch- und Spätmittelalters, Universität Wien (Austria). His work focuses on religion and power, as betrayed by his three books to date: L´ambiguïté du Livre: Prince, pouvoir, et people dans les commentaires de la Bible (Paris: 1994); The Dangers of Ritual: Between Early Medieval Texts and Social Scientific Theory (Princeton: 2001); Holy War, Martyrdom, and Terror. Christianity, Violence, and the West (Philadelphia: 2015). His student years’ love for comparison is now taking him to the issue of how various religions have shaped warfare before Modernity.