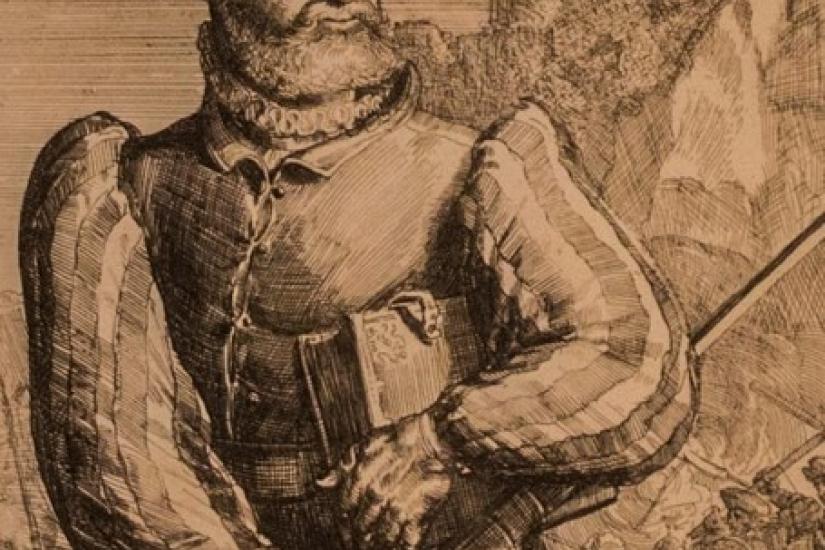 The Center for Religious Studies
cordially invites you to The CRS Doctoral Conference 2018
The Sacred In Conflict:
Disagreeements between and within Religions
Closing Keynote Lecture by

Matthias Riedl
(CEU)Segregation, Annihilation, and Salvation:
Theology of Violence in the Radical Reformation

Abstract: The violent wing of the so-called radical reformation was mainly inspired by the thought of Thomas Müntzer and the largely derivative theologies of his Anabaptist followers, such as Hans Hut. Their writings evoke scenarios, in which Christ and Antichrist are gathering their troops for the final clash, before the elect of God will gain dominion over the world. The apocalyptic character of these scenarios is readily apparent, but their roots in philosophical traditions, especially in Neo-Platonism have largely been overlooked. Preliminary research results show how the apocalyptic battle scenarios are integrated in larger cosmic narratives: Humans have fallen from the spiritual world into the sensible world where, enmeshed in material desires, they have forgotten about their heavenly home. In the view of these radical reformers, the office of preachers is not only to awaken the people to their divine origin, but also to remind them what reformation really means: the purification of every individual from sinfulness through persecution and suffering, the gathering of the elect from all nations and religions, and the removal of obstacles to radical reform, such as princes, monks, priests, scholastic theologians, and moderate reformers. In the view of these radicals, the existing religio-political structures of Christianity have assumed the form of a collective Antichrist and caused a cosmic crisis, since they obstruct the return of the human souls into the spiritual world. The solution of the crisis will require the segregation and massacring of the godless, they preach; but it will also allow for the divinization (theosis/Vergottung) of the elect.

Matthias Riedl is associate professor of history at Central European University and is directing CEU’s Advanced Certificate Program in Political Thought. He also taught at University Erlangen-Nuremberg, Duke University, University of Lyon III, and the Tokyo University of Foreign Studies. His main research area is the interrelations between religious and political thought. Recent publications include: “Apocalyptic Violence and Revolutionary Action: Thomas Müntzer’s Sermon to the Princes”, in A Companion to the Premodern Apocalypse, ed. Michael A. Ryan (Leiden: Brill, 2016), pp. 260-296.; “Terrorism as ‘Apocalyptic Violence.’ On the Meaning, and Validity of a New Analytical Category”, in Social Imaginaries 3/2 (2017), 77-107. and “Longing for the Third Age: Revolutionary Joachism, Communism, National Socialism”, in A Companion to Joachim of Fiore, ed. Matthias Riedl (Leiden: Brill, 2018), pp. 267-318.