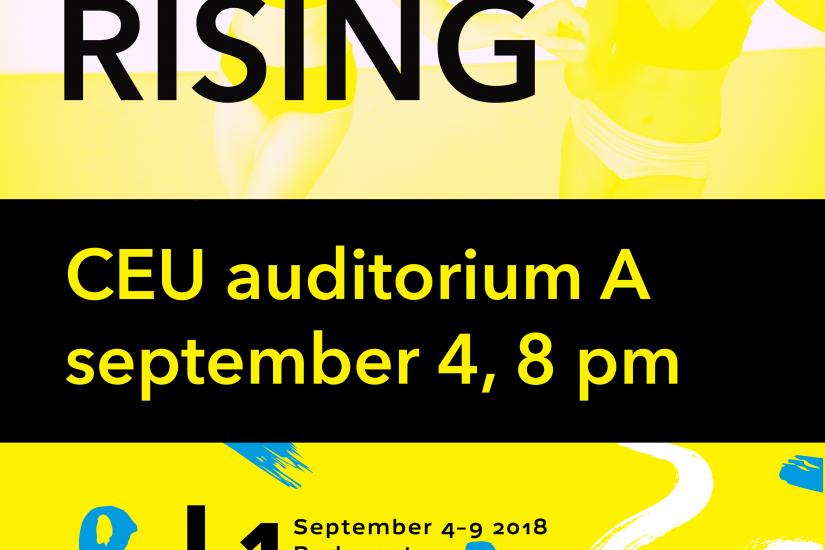 It is an encounter of two bodies of knowledge from two different cultures: Yemenite and Moroccan. We examine the movements etched in our body, sourced in our tradition of celebration. The cultural dance is displaced out of its context and set on stage, striped from its ethnic aesthetics, allowing us to compare and contrast the similarities and differences between the two traditions. Through the action of "re-wearing" these movements we hope to raise feelings, sensations and mindsets belonging to these cultures.
Rising is a continuation of my research into the forms within tradition and the knowledge they contain. I seek to create a meeting point between the ethnic/traditional body and the concrete/present body, an abstraction of tradition. The work seeks to question the artistic aesthetics based in Israel and attempts to recentralize Mizrachi (Jewish- Arabic) culture in contemporary dance.
Rising premiered at the Curtain Up Festival 2016 with the artistic direction of Itzik Giuli.

Shira EVIATAR (IL) is an interdisciplinary artist, choreographer and dancer based in Tel Aviv. Her research examines the roots of the body and mind and how we embody our past generations, traditions and cultures. Her works performed in various festivals in Israel, France, Germany, Austria and Poland and she was recently invited to perform her work Rising by the Bat-Sheva Dance Company. She is a DanceWeb scholarship program participant and holds a degree in dance theatre from Kibbutzim College. She studied at the Lee Strasberg Theatre & Film Institute in New York and at Kelim- a body for choreographic research. Some of her works include Body Roots, Body Mandala, Eviatar/Said, Three Generations: One Body, Kosher and De-Port Workers.