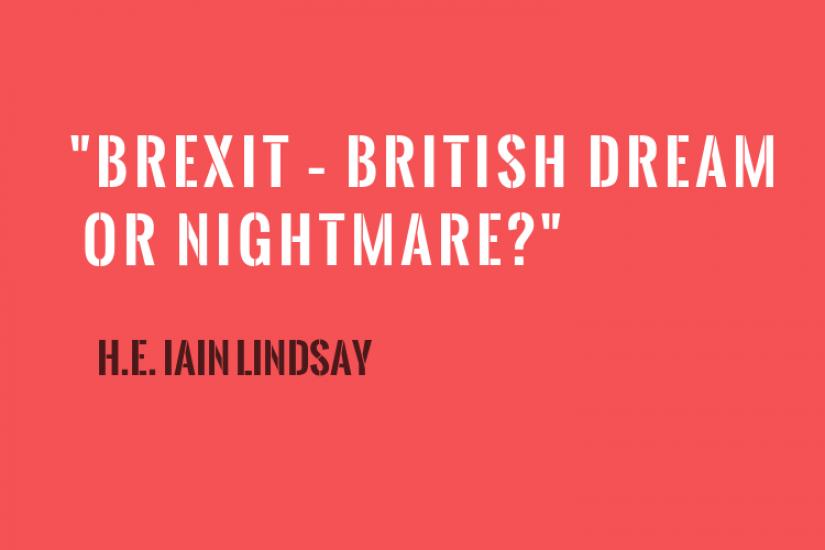 The School of Public Policy, Department of International Relations, and Department of Political Science at CEU jointly requests your attendance to our

The British Ambassador to Hungary

Britain will leave the European Union after 46 years of membership on the 29th of March 2019 after a referendum on the 23rd of June 2016 when 51,89 % of voters opted for the “Brexit (British Exit)“. It is to be expected that Brexit will have significant impacts both on Britain and the the EU. Since the 1990s the newly founded UK Independence Party (UKIP) and some members of the Conservative Party formulated the Brexit as their political goal. This group is called “Brexiteers“, their opponents are called “Remainers“. At the moment the British Government is negotiating the conditions for Brexit with the European Commission. On the 19th of September 2018 the British Prime Minister, Theresa May, in an interview with Daily Express said that Brexit will give Britain the “freedom to deliver the British Dream and present an optimistic vision of how the ‘divorce’“ with Brussels will benefit the whole country.” At the same time the Chancellor of the Exchequer Philip Hammond warned of the “dire consequences“ from crashing out of the EU. Meanwhile the Mayor of London Sadiq Khan called for a second Brexit Referendum to which Theresa May replied: “We gave the people the opportunity to make a choice. They made that choice“, and added: “This was probably the biggest exercise of democracy in our country’s history“. Brexit – will it fulfill the British Dream or will it turn out to become a nightmare? The British Ambassador in Hungary, H.E. Iain Lindsay will address the subject.

RSVP is required, please register at the link provided here.

About the series: More and more national identities and ambitions are discussed on a global scale and thus political dreams are formulated by governments, political parties, and parliamentarians. To mention only a few we hear about the Chinese Dream, read about the Canadian Dream, follow the Catalonian Dream of independence, know about the Palestinian Dream, the Czech Dream, the Slovak Dream, the Brexit Dream, the Trump Dream of America First, Macron’s Dream of a new France, the Indian Dream after 70 years of independence, last but not least the European Dream. There is also a Hungarian Dream. We would like to examine these political projections closer, look at the history, the origin of these conceptions and the way they are brought forward. First-hand introduction into and elaboration on these dreams of nations are provided by the accredited Ambassadors of their countries. What political and policy agenda their countries have to make these dreams come true?