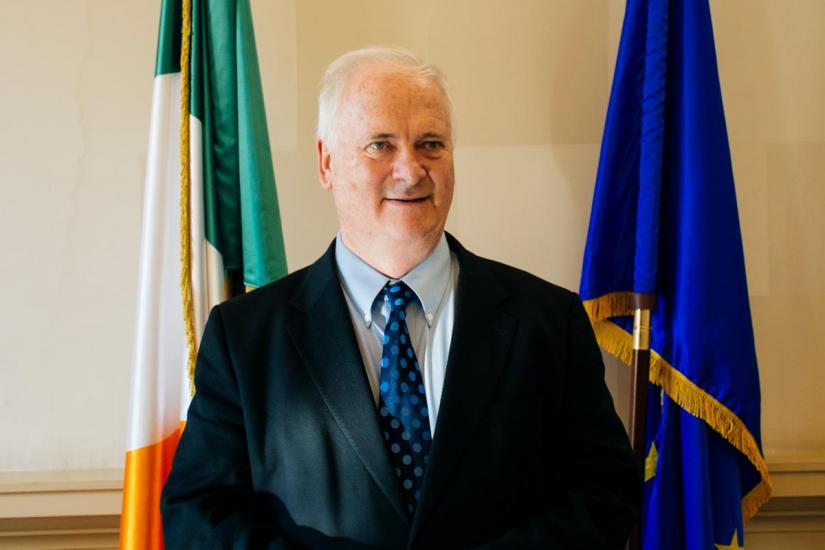 a lecture by John Bruton, Former EU Ambassador to the United States and former Prime Minister (Taoiseach) of Ireland

ABSTRACT / In his lecture, John Bruton, will reflect on the current state of Europe and the process of European political and economic integration one hundred years after the conclusion of what was called the “war to end all wars”. As a distinguished former EU Ambassador to the US, he will also reflect on the current state of transatlantic relations and the challenges posed by such phenomena as Brexit and populism.

BIO / John Bruton was Prime Minister (Taoiseach) of Ireland from 1994 to 1997. He was first elected to Dail Eireann (lower House of Parliament) in 1969 and served continuously as a member until 2004. He was Leader of the Fine Gael Party from 1990 to 2001.  From 2002 to 2003, he was a member of the presidency of the Convention on the Future of Europe, which did the bulk of the drafting work of the Lisbon Treaty, which currently governs the operations of the European Union. From 2004 to 2009, he was EU Ambassador to the United States. From 2010 to 2015, he was President of IFSC Ireland. Currently, he is a member of the boards of Ingersoll Rand, of the Irish Diaspora Loan Origination Fund, and of the European Advisory board of Eli Lilly. He was called to the Bar of Ireland in 1972. He is the author of “Faith in Politics”, a collection of essays on politics, economics and religion, published by the Currach Press in 2015.