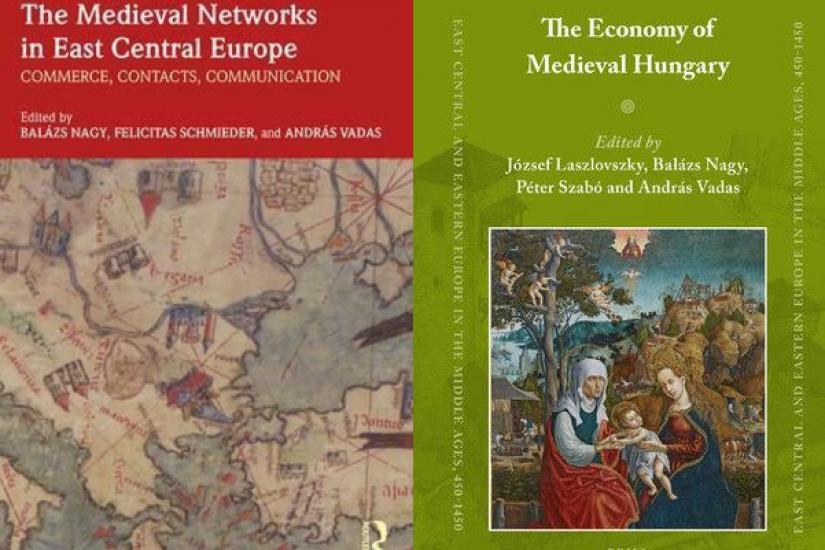 The Economy of Medieval Hungary

The Economy of Medieval Hungary is the first concise, English-language volume about the economic life of medieval Hungary. It is a product of the cooperation of specialists representing various disciplines of medieval studies, including archaeologists, archaeozoologists, specialists in medieval demography, historical hydrologists, climate and environmental historians, as well as archivists and church historians. The twenty-five chapters of the book focus on structures of medieval economy, different means and ways of human-nature interactions in production, and offer an overview of the different spheres of economic life, with a particular emphasis on taxation, income and commercial activity. Thanks to its interdisciplinary character, this volume is a basic handbook for the history of economy, production and material culture.

Medieval Networks in East Central Europe explores the economic, cultural, and religious forms of contact between East Central Europe and the surrounding world in the eight to the fifteenth century. The sixteen chapters are grouped into four thematic parts: the first deals with the problem of the region as a zone between major power centers; the second provides case studies on the economic and cultural implications of religious ties; the third addresses the problem of trade during the state formation process in the region, and the final part looks at the inter- and intraregional trade in the Late Middle Ages.Supported by an extensive range of images, tables, and maps, Medieval Networks in East Central Europe demonstrates and explores the huge significance and international influence that East Central Europe held during the medieval period and is essential reading for scholars and students wishing to understand the integral role that this region played within the processes of the Global Middle Ages.

Christoph Sonnlechner earned his MA in medieval history and his PhD in environmental history at the University of Vienna. He was trained as an archivist at the Institute of Austrian Historical Research in Vienna (1992-1995). From 1995 to 2005 he worked as a scholar in projects in environmental history. In 2002/03 he was a visiting scholar at the University of California Los Angeles (UCLA). In 2011/12 he worked as a senior scientist at the Institue of Social Ecology at the Alpen-Adria-Universität Klagenfurt, Vienna, Graz. Since 2005 he is employed at the Vienna City Archives (Wiener Stadt- und Landesarchiv) where he has worked as archivist, head of public relations and leader of strategic projects. Now he is head of “Wien Geschichte Wiki”, the geo-referenced, historical knowledge platform of the City of Vienna. His research focus lies on town history and environmental history of the Middle Ages and Early Modern Age. He has published several works on what is now Austria from the early Middle Ages onwards. His latest publication is on Vienna becoming a fortress in the 16th century, which was published in 2017 [Ferdinand Opll, Heike Krause, Christoph Sonnlechner, Wien als Festungsstadt im 16. Jahrhundert. Zum kartografischen Werk der Mailänder Familie Angielini (Wien/Köln/Weimar 2017).]