Coca-Cola Socialism. Americanization of Yugoslav Culture in the Sixties 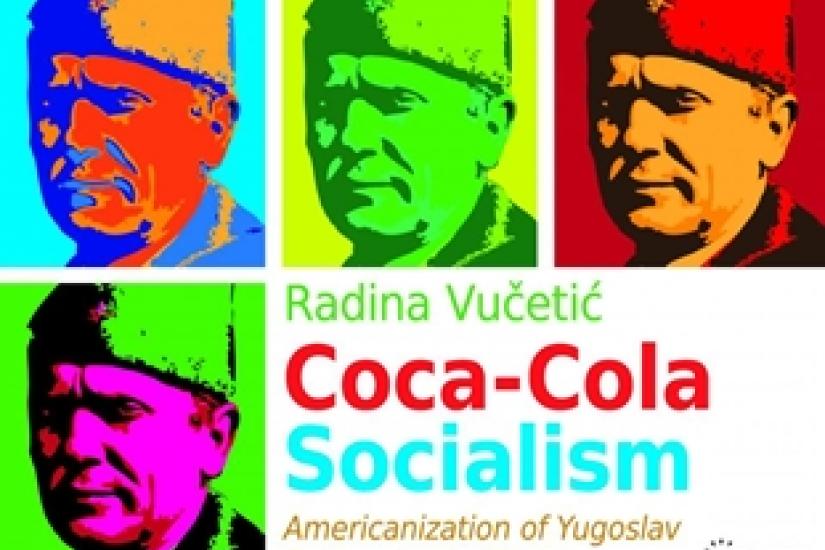 A book launch and roundtable conversation with the author, Radina Vučetić

The book is about the Americanization of Yugoslav culture and everyday life during the nineteen-sixties. After falling out with the Eastern bloc, Tito turned to the United States for support and inspiration. In the political sphere the distance between the two countries was carefully maintained, yet in the realms of culture and consumption the Yugoslav regime was definitely much more receptive to the American model. For Titoist Yugoslavia this tactic turned out to be beneficial, stabilising the regime internally and providing an image of openness in foreign policy.

Coca-Cola Socialism addresses the link between cultural diplomacy, culture, consumer society and politics. Its main argument is that both culture and everyday life modelled on the American way were a major source of legitimacy for the Yugoslav Communist Party, and a powerful weapon for both the USA and Yugoslavia in the Cold War battle for hearts and minds. Radina Vučetić explores how the Party used American culture in order to promote its own values and what life in this socialist and capitalist hybrid system looked like for ordinary people who lived in a country with communist ideology in a capitalist wrapping. Her book offers a careful reevaluation of the limits of appropriating the American dream and questions both an uncritical celebration of Yugoslavia’s openness and an exaggerated depiction of its authoritarianism

Reception after the talk is sponsored by CEU Press