A Fascist Century, or a Century of Fascism? Reflections of the Centenary of the Formation of the first Fasci in Milan 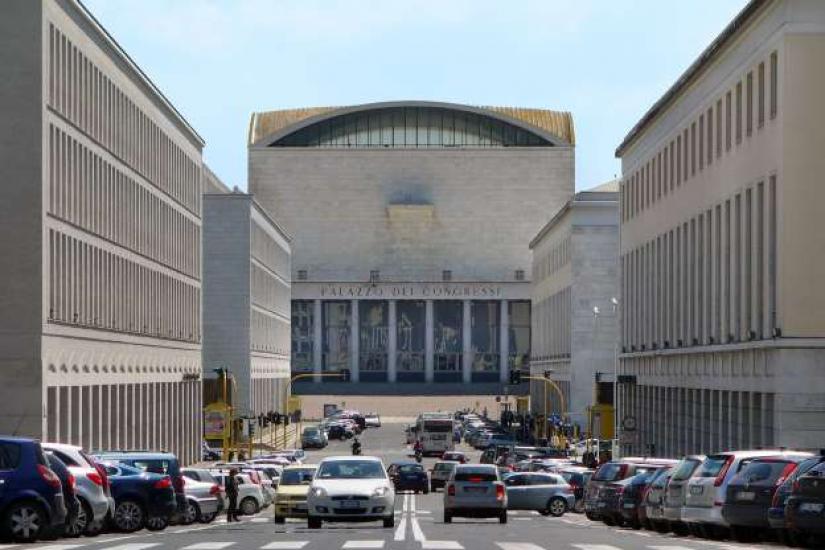 We cordially invite you to the talk by Roger Griffin:

A Fascist Century, or a Century of Fascism?
Reflections of the Centenary of the Formation of the first Fasci in Milan

This talk will focus on a number of factors contributing to the hubris which led the leaders of the two fascist regimes to vastly overestimate their power and longevity, and to claim that they were pioneering a new heroic, culturally magnificent and technologically advanced civilization in a rebirth of the West. It will then consider whether the current rise of xenophobic populism, identity politics, and illiberal democracy in many parts of the world may not be an argument for seeing Mussolini’s prophecy fulfilled, if only in part.

The image depicts a conference complex built for EUR, Esposizione Universale Roma, the world fair Mussolini’s regime planned for 1942 to celebrate 20 years of Fascism. The plans were abandoned once war broke out.

Roger Griffin is Emeritus Professor in Modern History in the School of History, Philosophy and Culture at Oxford Brookes University. He is an expert on the socio-historical and ideological dynamics of fascism, as well as the relationship to modernity of violence stemming from various forms of political or religious fanaticism, and in particular contemporary terrorism. In particular, his theory of fascism as a revolutionary form of ultranationalism driven by ‘palingenetic’ myth has had a major impact on comparative fascist studies since the mid-1990s. In May 2011 he received an Honorary Doctorate from the University of Leuven for his services to fascism studies. He has made a number of contributions both within and outside academia to a humanistic understanding of terrorist radicalization and the identification of an original strategy to bring about deradicalization. His theory of 'heroic doubling' is now the basis of a major research project based on multi-agency collaboration which aims to provide IT assistance in understanding and intervening in the process of radicalization that leads to terrorism. His latest book is Fascism: An Introduction to Comparative Fascist Studies (Polity Press, 2018).