Migration, the Racialization of Religion, and Gender: Cosmopolitanism and Muslim Women’s Writing 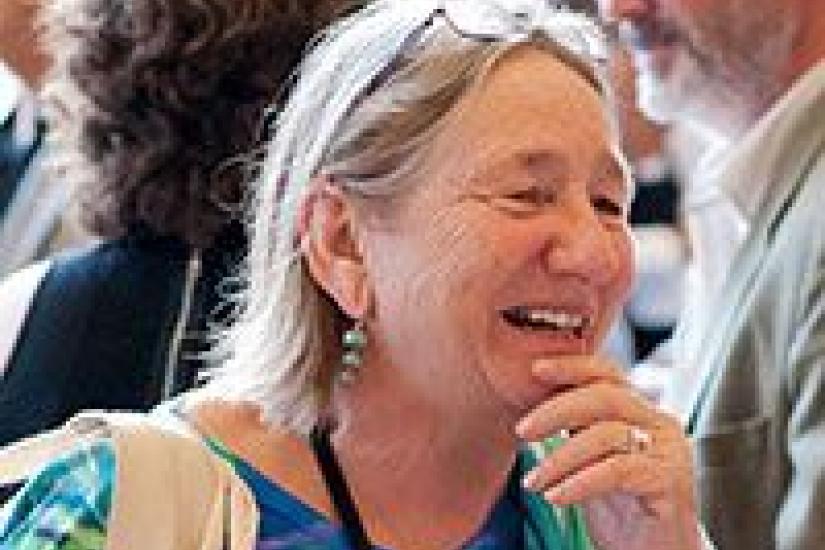 We human beings have always been on the move, but the 21st century has seen an intensification of migration. The UN estimates that 65 million people are forcibly displaced as of 2016, with countless millions migrating. What is the status of Benedict Anderson’s notion of the nation as an “imagined community” in the context of this global circulations of peoples, many in desperate circumstances? Can the imagined community of nations be more inclusive, more welcoming of diversity without succumbing to conflict and fragmentation? This presentation will examine migrant lives “on the hyphen” negotiating between cultures: the contradictory pulls between cultural assimilation and cultural retention, with a particular emphasis on the complications of gender and religion, in contemporary migrations. It will focus particularly on Islamophobia in the context of rising nationalist and anti-immigrant fervor in Europe and the United States. It will suggest that concepts of diaspora space and the “new” situated cosmopolitanisms enable a concept of the nation that is inclusive without being homogenous. The contributions of literature—specifically the writing of diasporic Muslim women in the West—will be examined for their visionary efforts to explore a cosmopolitan religious identification, one that both assimilates into aspects of their new homelands while retaining key aspects of past homelands and especially their varied identities as Muslim.

Susan Stanford Friedman is Hilldale Professor and Virginia Woolf Professor of English and Women's Studies at the University of Wisconsin-Madison. Her most recent books are Planetary Modernisms: Provocations on Modernity Across Time (Columbia UP, 2015) and the edited volumes Contemporary Revolutions: Turning Back to the Future in 21st-Century Literature and Art (Bloomsbury Academic Press, 2018) and Comparison: Theories, Approaches, Uses (Johns Hopkins UP, 2013), co-edited with Rita Felski. She has published widely in modernist studies, narrative theory, feminist theory, women’s writing, migration and diaspora, world literature, religious studies, and psychoanalysis. She is the author of Psyche Reborn: The Emergence of H.D. (1981); Penelope's Web: Gender, Modernity, H.D.'s Fiction (1990) and Mappings: Feminism and the Cultural Geographies of Encounter (1998). She edited Analyzing Freud: Letters of H.D., Bryher and Their Circle (2001) and Joyce: The Return of the Repressed (1991) and co-edited Signets: Reading H.D. She is the founding co-editor of the journal, Contemporary Women's Writing (Oxford UP). She was awarded the Wayne C. Booth Award for Lifetime Achievement in Narrative Studies, and her work has been translated into Chinese, Czech, Danish, German, Hungarian, Icelandic, Italian, Japanese, Portuguese, Serbian, and, Spanish. She is at work on a book provisionally entitled Sisters of Scheherazade: Religion, Diaspora, and Muslim Women’s Writing.

See handouts for the lecture below: